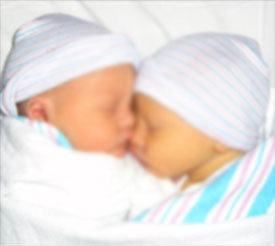 Soon, a revolutionary in vitro-fertilization (IVF) test, which could cut the risk of multiple births while increasing the chances of pregnancy, will be offered to British couples. This pre-implantation genetic screening (PGS) test aims to boost the success rates when only a single embryo is transplanted into the womb, so that multiple pregnancies can be prevented.

However, a different form of PGS is already licensed to detect chromosomal abnormalities that cause embryos to fail, but only for older patients or those with a history of miscarriage or IVF failure.

In the more advanced version of PGS, around 50-100 women will be recruited. It will be conducted by Dagan Wells, of the Reprogenetics UK clinic and the University of Oxford.

The PGS test is also controversial with almost no proof to establish the fact that it aids in conception. It was recently reported that the British Fertility Society had recommended that its members stop using it.

Wells is seeking permission from the fertility regulator for the test, with a view to identifying the best embryo produced by young IVF patients aged under 35 having good prognosis.

If successful, the trial may influence many more infertile couples into opting for single embryos, corresponding to the Human Fertilisation and Embryology Authority’s strategy to cut IVF twin and triplet births from one in four to one in ten.

At present, almost 90 per cent of IVF cycles use two embryos, because clinics and couples fear that the pregnancy rates may decline by using just one embryo.

“I think this is going to be a wonderful thing for moving towards single embryo transfer. If you’re only going to put back one embryo, it’s more important than ever that you get the best one, and that is what we think this test can do,” Dr. Wells was quoted as saying.

The new technique has been used on three women in America and two of them are now pregnant.

The PGS aims to identify chromosomal abnormalities called aneuploidies, which affect up to two thirds of embryos and cause implantation failure or miscarriage. It is dependent on three new technologies, and comes with improved accuracy and lower risk.