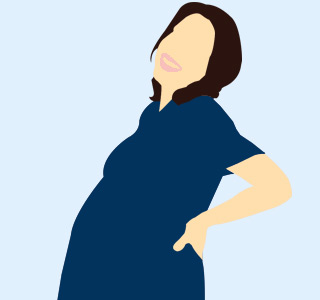 A pregnant woman might be a little apprehensive about exercising during pregnancy. However medical experts may aid in putting all these apprehensions at rest by stating that a well-organized exercise program may prove to be beneficial for both mother and child.

Seemingly a study was stated to have noted that exercising may aid an expecting mother to improve the cardiac health of her child. It may aid in reducing the fetus’ chances of experiencing a fetal heart attack.

Dr. Raul Artal, chairman of obstetrics, gynecology and women’s health, Saint Louis University School of Medicine, says that, “We know that women who exercise during pregnancy have less chance of developing certain conditions like gestational diabetes. Not only that, exercise maintains musculoskeletal fitness. Women can cope with the anatomical and physiological changes of pregnancy better when they’re in good shape. They also tolerate labor better and recover more quickly from delivery.”

The American College of Obstetricians and Gynecologists has allegedly suggested expecting mothers to exercise for atleast half an hour for as many days of the week that they can. However following this recommendation, they have even cautioned that a doctor’s prior consultation on this issue may be mandatory before adopting any new exercise regime.

The next issue is to select the most appropriate kind of exercise. Dr. Thomas Wang, a family practitioner for Kaiser Permanente in San Diego says that these women could possibly take their pre-pregnancy body shape into consideration while choosing an apt exercise.

It was also said that expecting mothers should probably pursue physical activities which may exert their body without testing the limit of her present condition. Inspite of this there may be a variety of things like scuba diving, gymnastics, horseback riding, etc. which pregnant women may want to avoid on a whole.

Wang elucidates that, “Anything that involves impact or the chance of abdominal trauma, they should try to avoid.”

It was also cautioned that these women should probably avoid exercising till the point of exhaustion, which could reduce the amount of oxygen supply to the fetus. Apart from this expecting mothers may also want to avoid over-heating which could hamper the child’s growth. It was even stated that during the second and third trimester doing exercises which require lying flat on the back may harm the child.

On the contrary, exercises which may be considered harmless for pregnant women may include yoga, light dancing, swimming, walking, etc.