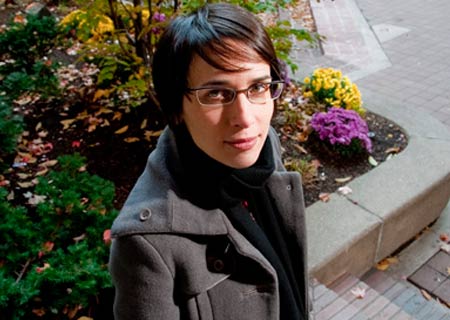 Julia Spaniol, an assistant professor of psychology and director of the Memory and Decision Processes (MAD) Laboratory at the Ryerson University in the Psychology Research and Training Centre, is said to have conducted various experiments on the associations among age, memory and decision-making procedures.

Spaniol and her MAD lab team are carrying out several researches for the progressive comprehension of memory and decision-making via the hypothetical viewpoints and scientific techniques of cognitive psychology and cognitive neuroscience.

“Cognitive performance changes across the lifespan and, sadly, some aspects may decline with age. As people age, many experience an increase in positive thoughts and feelings, along with a decrease in negative emotions like anger and frustration,” commented, Julia Spaniol.

In one research, elderly adults who were displayed a sequence of images could recall the pictures with positive content better as compared to their younger counterparts. In a different research, it was observed that motivational inducements could augment the performance on recognition memory tests by older adults. Outcomes such as these propose that that older adults’ cognitive performance may be improved by triggering emotional and motivational circuits.

Spaniol mentioned, “Many of us associate old age with losses in domains such as physical health, mobility and personal relationships. And yet the incidence of depression among older adults isn’t as high as you might think.”

Actually, statistics exhibit that younger adults seem to have more possibility to undergo depression. One rationalization for this irony could be that older adults appeared to have better emotional regulation skills.

Spaniol also points to the outcomes of brain imaging studies, by means of methods like functional magnetic resonance imaging. Brain areas concerned in emotion like the amygdala may not be much affected by the aging progression as compared to regions that control attention and memory such as the frontal lobes and the hippocampus.

Via research and breakthroughs at the MAD lab, Spaniol anticipates that her work may one day result in treatments that could enhance the declining functions of elderly people.