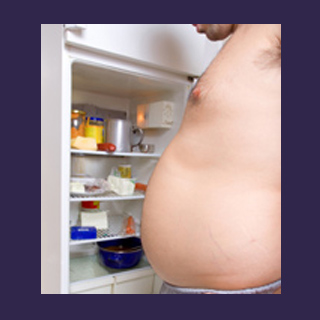 An astonishing link between father’s weight and diabetes risk in offspring has been apparently unveiled. Researchers claim that a father’s weight and diet at the time of conception elevates risk of diabetes in his children. The investigation seemingly elucidates the way paternal exposure to a high-fat diet promotes progression to metabolic disease in the kids.

During the research, male rats were fed a high fat diet to induce obesity and glucose intolerance. These rats were then made to mate with normal weight females and the female offspring was scrutinized. It appeared that as young adults these female offsprings have impaired glucose tolerance and insulin secretion. The research possibly sheds light on the non-genetic, intergenerational transmission of metabolic consequences of a high fat diet from father to children.

Professor Margaret Morris, from UNSW’s School of Medical Sciences and the lead investigator, explained, “We’ve known for a while that overweight mums are more likely to have chubby babies, and that a woman’s weight before and during pregnancy can play a role in future disease in her children, partly due to the critical role the intrauterine environment plays in development. But until now, the impact of the father’s environment – in terms of his diet – on his offspring had not been investigated.”

It was ascertained that fathers can be a hallmark in ‘programming’ epigenetic changes among their children. The impact is probably created by effects on sperm caused due to high-fat food consumption. In the epigenetics process alterations within gene expression and function may take place even when there are no changes in the DNA sequence. Additional investigations are triggered for analyzing the causes of growing epidemics in both obesity as well as diabetes.