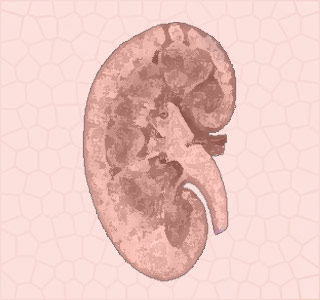 It appears that patients with rare forms of Renal Cell Cancer may not respond well to several treatments performed on them. But it was seen that these patients may have responded positively to a combination of drugs used named temsirolimus (Torisel) and bryostatin. It looks like this combination may be safe in patients suffering from Metastatic Kidney Cancer. This study is based on a phase 1 trail carried out by the Fox Chase Cancer Center.

Apparently, mTor could possibly block the growth of tumor cell and the development of blood vessel. It was even stated that temsirolimus may prevent signaling via a single part of the mTOR signaling complex called TORC1. It is also observed that this drug may reduce tumor progression in people with advanced kidney cancer as well. On the other hand, it was seen that TORC2 which is the second portion of the complex may be unaffected by temsirolimus and may add to cell proliferation.

“We have certainly seen sustained responses with this combination which are encouraging,” commented Elizabeth Plimack, MD, MS, a medical oncologist and attending physician at Fox Chase.

Plimack further added that, “Patients with non-clear cell renal cell cancer, including papillary renal cancer, don’t respond as well to tyrosine kinase inhibitors, such as sunitinib and sorafenib, as patients with clear cell renal cell. So there is an unmet need for therapy for these patients. We’ve seen that this combination may be active to some degree for them.”

Therefore, Plimack and her colleagues guess that the reaction of the patient to the drug may be more if they blocked the TORC2 signaling activity. They have further also stated that Bryostatin seems to block the downstream effector of TORC2 called protein kinace C. Plimack along with her colleagues seems to have planned the first phase of the trail to analyze the safety of the bryostatin-temsirolimus combination. Amongst twenty-five participants in the examination about 20 were believed to be suffering from renal cell carcinoma. Evidently, mixtures of 20 micrograms or m2 bryostatin weekly with temsirolimus doses were given to these subjects. A dose of temsirolimus that was given to these patients every 28 days was 10, 15, 25 or 37.5 mg.

It seemingly appears that the temsirolimus-bryostatin combination may prevent the growth of cancer in two portions of the mTOR signaling activity.

The enrollment in the trial is going on and the complete detail about these findings has been presented at the American Society of Clinical Oncology annual meeting.