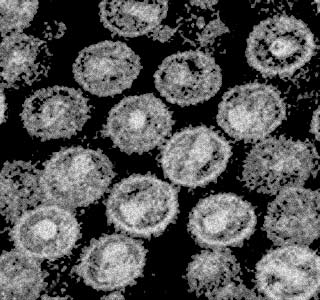 A unique way of tackling with latent HIV genes is believed to be of great help in developing a way of treating this disease. It was stated that these genes may be forced out of their hiding in the human cells through the “shock and kill” mechanism. This observation was made by Dr. Enrico Garaci, president of the Istituto Superiore di Sanità (the Italian Institute of Health) and Dr. Andrea Savarino, retrovirologist at the institute in collaboration with other experts.

At present HIV patients may be treated and stabilized through various treatments, which may in turn aid them in surviving a full lifetime. However not all these viruses leave the body. Some seem to stay back in a dormant state which may prevent the person from recovering completely. Now a team of experts were believed to have analyzed this aspect of latent HIV genes, which was stated to have hindered the abolition of the virus from the body of the infected host.

It was stated that the cells residing quiescent HIV genes may be credited for the reappearance of HIV during its treatment. Therefore an attempt was made by these experts to force the virus out of its hiding place, so that they can be in the target zone of the immune system or specific drugs.

Evidently it was observed that a class of inhibitors, called histone deacetylases seemed to be useful when used in addition to a second drug called the buthionine sulfoximine. It was noted that adding these to the treatment may trigger the activation of the infected cells, while leaving the healthy cells intact.

These experts hope that this technique may aid the patients by ridding them of the virus, without having to experience any adverse side effects.