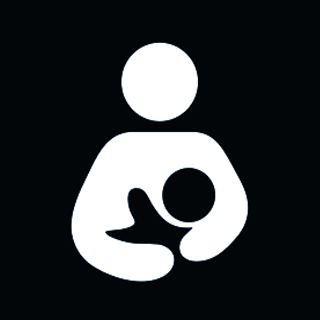 According to a latest report multiple sclerosis disease may not revert for about a year, if the affected pregnant lady breastfeeds her newly born baby for a minimum of two months. This study was conducted by Annette Langer-Gould, then with the Stanford University School of Medicine, Stanford, Calif. and currently with Kaiser Permanente Southern California, Pasadena along with her colleagues.

These experts have stated that multiple sclerosis (MS) may be an unremitting inflammatory disease of the central nervous system that most probably affects women during pregnancy. It is also believed that pregnant women may face a higher risk of MS relapse after they give birth to their children. These women probably may have to choose between nursing their child and continuing their MS treatment. Evidently this may take place because the MS medications natalizumab and interferon beta may presumably not be recommended during pregnancy as well as during the breastfeeding days.

Annette Langer along with her colleagues is said to have studied around 32 pregnant ladies suffering from multiple sclerosis and about 29 unaffected pregnant women. All these women were believed to be of the same age. These subjects were probably questioned about their clinical, menstrual and breastfeeding history in every trimester of their pregnancy. Apparently, they were also examined for the above mentioned details every two, four, six, nine and twelve months post their pregnancy. Moreover, neurological examination findings were also claimed to have been collected from the physicians of the women affected with multiple sclerosis.

The findings of this study supposedly claimed that women unaffected with multiple sclerosis may breastfeed more often as compared to the ones suffering from this disease. Moreover, among the affected women who breastfed their child, majority were more likely to replace breast feeding with formula feedings within two months. The main reason for this seemed to be their resuming of MS medications.

“Why breastfeeding might be beneficial in humans with an autoimmune disease like MS has not been studied,” state the investigators. “Studies of immunity and breastfeeding, while plentiful, are predominantly focused on breast milk content and health benefits to the infant. Little is known about maternal immunity during breastfeeding.”

On the basis of their findings, the authors seem to conclude that breastfeeding may be in the favor of combating multiple sclerosis. Hence, pregnant ladies with this disease may possibly breastfeed their new born for a minimum of about two months.

This study already present online, is believed to later be published in the August print issue of one of the JAMA/Archives journals called Archives of Neurology journal.