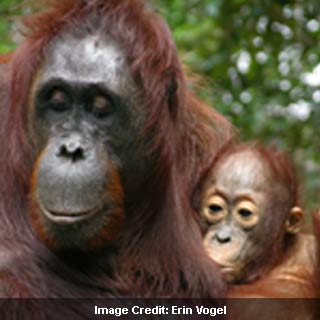 As stated in almost every obesity article, appetite control holds the key to weight loss. After all, there has to be some reason behind diet regulation being promoted by so many weight loss centers and treatments. In an interesting research, scientists from the Rutgers University observed food-deprived Orangutans and analyzed their coping mechanisms in times of extreme food scarcity.

This finding provided the scientists an in depth account of the role played by appetite in controlling obesity. Scientists still have no idea of what role low-protein or high protein diets play in the realm of obesity.

Rutgers evolutionary anthropologist Erin Vogel, remarked, “There is such a large obesity epidemic today and yet we don’t really understand the basis of the obesity condition or how these high-protein or low-protein diets work.”

The experts found that the apes appeared to put on weight only when they consumed a diet rich in calories and protein. This idea lay hidden as many people believe that a high protein diet along with low carbohydrate works for weight loss.

Moreover, when these orangutans limited the amount of calories they consumed, they seemed to make use of the fat reserves for energy thereafter. Thus, the protein use became less in the process which is an effect seen in eating problems like anorexia.

The team scrutinized urine samples of orangutans gathered over a 5-year period to comprehend the process of protein recycling. According to the results, these animals apparently required a low-protein fruit to live where in case of a deficiency, they possibly made use of energy from their fat reserves. During such instances, they also survived on higher protein leaves and internal bark.

The investigators concluded that this mechanism of accessing energy from stored fat and consumption of high protein leaves guarded the orangutan from extreme protein deficiency. This research provided the scientists a better insight into the importance of protein in regulating weight and eating habits.

The report titled ‘Bornean orangutans on the brink of protein bankruptcy’ is published in the journal Biology Letters.