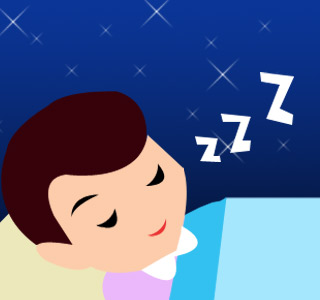 Often people presume that increased physical activity may ensure them a good night’s sleep. But that may not be the case. On the contrary it was noted that increased activity may bring with itself a night of lower total sleep time (TST), while nights of lower TST may be followed by increased activity the next day. This discovery was made by a study led by Arn Eliasson, MD, the Integrative Cardiac Health Project at Walter Reed Army Medical Centre in Washington DC.

For this purpose, around 14 subjects were analyzed. Apart from assessing the body mass index (BMI) of the subjects, the experts were also believed to have strapped them with armbands to monitor their movements for about 23 days. This armband was believed to gauge the wearer’s body and ambient temperatures, energy expenditure and the total sleep time and quality.

After the completion of this analysis it was evidently discovered that the subjects with a higher BMI may have relatively used more energy as compared to the remaining subjects. It was seemingly also noted that days of low activity may possibly increase TST by about 42 minutes a night.

Dr. Eliasson says that, “It has long been recommended, even championed, that getting exercise is part of the recipe for improved sleep. Our data doesn’t support that notion. The longest sleep and best sleep efficiency occurred after days with low non-exercise exertion. Similarly, we expected that better-rested subjects would be more inclined to get exercise or have busier days. However, better-rested subjects got less exercise and had less calorie expenditure. After relatively more sleep, more than six hours, all measures of exertion decreased.”

These findings were presented at the Associated Professional Sleep Societies’ annual meeting in Illinois.