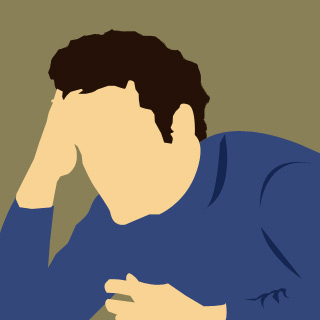 Apart from being the cause of many related diseases or illnesses, depression is also believed to bring about certain medically unexplainable pains, called somatoform symptoms. A survey conducted on general practitioners in Mainz, Germany showed that pain symptoms that may not be entirely caused by a clinical origin may most often be experienced by those who are depressed rather than those who are not.

Somatoform symptoms or the symptoms which may not entirely be explained in medical terms are believed to be on a rise. More so, it has been estimated that almost 80% of the symptoms reported in general practitioners practice may be categorized as somatoform. Having said this, it was even noted that such symptoms are not imagined, they are real and distressing to the patient. They can seriously affect the patient’s quality of life and also lead to various disorders which may require psychological treatments. Somatoform disorders are noted to involve symptoms like hypersensitivity in different parts of the body, dizziness, fatigue, etc.

In order to better understand this factor, the investigators questioned more than 300 patients, who attended two practices of general practitioners in Mainz. In addition to being questioned about their health and pain symptoms, these patients were apparently also asked about their anxieties or worries regarding their own health. They were asked about the kind of social support that they receive when not keeping well, and also the kind of psychological stress that they go through. After receiving these reports of the patients’ pain symptoms, the doctors began to seemingly evaluate them.

Dirk Frieser, psychologist at the Institute of Psychology, Johannes Gutenberg University Mainz, Germany, says, “It is the case that women are much more frequently affected by depression and also by so-called somatoform pain disorder than men.”

Frieser along with fellow psychologist Stephanie Körber and Professor Wolfgang Hiller of Mainz University attempted to assess the kind of effect that depression may have on such symptoms. They also wanted to determine if depression may vary if the pain may be of a clinical origin, and may be explainable in medical terms.

It was noted that, “The results indicate that there is a significantly higher occurrence of somatoform pain in various body regions in patients with existing depression or who suffered depression in the previous 12 months than in patients without depression.”

These findings are believed to stress on the importance of accurately classifying and evaluating pain symptoms for health-care personnel.