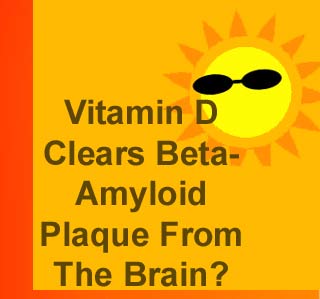 Vitamin D seems to be the unsung hero in many diseases and conditions of the human body. Scientists from the University of California Los Angeles (UCLA) have disclosed that vitamin D could clear the beta amyloid plaques found in the brains of Alzheimer’s patients.

As part of the trial, scientists attained blood samples from patients suffering from this disease and control participants. They then separated macrophages from the blood that are responsible for clearing the beta-amyloid plaques in the brain and other parts.

Further, the immune cells were infused with amyloid-beta after which they were exposed to 1a,25–dihydroxyvitamin D3. The latter is a form of vitamin D3 made by enzymes present in the liver and kidneys. As per the results, vitamin D seemed to increase the ability of the macrophages to absorb amyloid beta.

“Our findings demonstrate that active forms of vitamin D3 may be an important regulator of immune activities of macrophages in helping to clear amyloid plaques by directly regulating the expression of genes, as well as the structural physical workings of the cells,” cited study author Mizwicki, who was an assistant research biochemist in the department of biochemistry at UC Riverside when the study was conducted.

Curcumin has already been found to be effective in treatment of Alzheimer’s disease, which was also used in combination with vitamin D3. However, active forms of vitamin D3 appeared to control immune cell activities by altering genes and enhancing the working of the cells, the team concluded.

The report is published in the Journal of Alzheimer’s Disease.