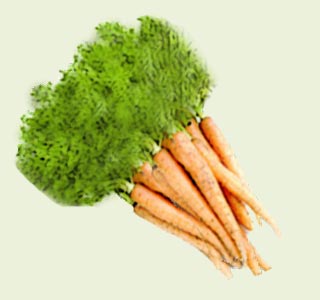 Carrots have long been known to have positive effects on the health of an individual. But seemingly a latest study has discovered a way of increasing the positive effects of carrots on the health! They have stated that chopping carrots after they have been cooked may heighten their cancer fighting properties by as much as 25%. This informative study was conducted by the Newcastle University.

The study investigators were believed to have discovered that the “boiled-before-cut” carrot seemed to relatively increase its amount of the anti-cancer compound falcarinol than when they were cut before first. Apart from this, cooking the whole carrot seemed to also increase the sweet flavor found in the vegetable.

“Chopping up your carrots increases the surface area so more of the nutrients leach out into the water while they are being cooked,” says study investigator, Dr. Kirsten Brandt, based in Newcastle University’s School of Agriculture, Food and Rural Development and the Human Nutrition Research Centre. “By cooking them whole and chopping them up afterwards you are locking in both taste and nutrients so the carrot is better for you all round.”

Evidently these falcarinol compounds in carrots were initially discovered four years back by Dr. Brandt and other experts. They had seemingly demonstrated that mice fed with a diet consisting of raw carrots or falcarinol seemed to have a lesser chance of developing cancer as compared to the mice in the control group.

Following this analysis, the experts were believed to have been on the look out of verifying whether certain types of carrots may be more beneficial than others, and also the effects of cooking on their compounds.

Dr. Brandt even stated that, “We all want to try to improve our health and diet by getting the right nutrients and eating our five-a-day. The great thing about this is it’s a simple way for people to increase their uptake of a compound we know is good for you, all you need is a bigger saucepan.”

Well, if an easy alteration in one’s cooking may ensure better nutrients, then why not.

These findings were believed to have been presented at a conference in Lille, today.