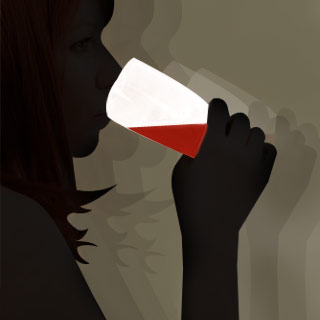 A study was conducted in order verify the precise amount of time consumed by alcohol to take its toll on the human brain. The study investigators noticed that within 6 minutes of consuming alcohol certain changes started taking place in the brain. This revelation was made by the experts from the Heidelberg University Hospital.

For this study the brain of around 15 subjects were scanned with Magnetic Resonance Spectroscopy. Out of these subjects, around 8 were stated to be men, while the rest were women. Following the placement of the subjects in the scanning machine, they were believed to have been provided with alcohol. The subjects evidently drank an equivalent amount of three beers, which were found to have given them a blood alcohol concentration of about 0.05 to 0.06 percent. This concentration is stated to be enough to hamper their driving performance without getting them severely intoxicated.

Apart from this, a decrease was also noticed in the amount of creatin, which is a substance that presumably plays a crucial role in shielding the neurons. The experts believe that with this reduction the brain cells may be more vulnerable to damage. Additionally a significant decrease in the amount of choline was also noted. Choline is said to be the crucial factor which makes up the cell membranes of the brain. This change was presumed to be the indication that probably alcohol may be responsible for triggering changes in the composition of the cell membranes.

“Our follow-ups on the next day showed that the shifts in brain metabolites after moderate consumption of alcohol by healthy persons are completely reversible,” says Dr. Biller. “However, we assume that the brain’s ability to recover from the effect of alcohol decreases or is eliminated as the consumption of alcohol increases. The acute effects demonstrated in our study could possibly form the basis for the permanent brain damage that is known to occur in alcoholics. This should be clarified in future studies.”

Earlier studies on the topic were believed to have revealed that the damage incurred on the brain may later be completely reversible. However, this healing ability of the brain may be affected with continuous alcohol consumption or smoking.

Evidently a deeper analysis needs to be conducted in order to verify the exact damage that alcohol may have on one’s brain.

Their findings were published in the Journal of Cerebral Blood Flow and Metabolism.