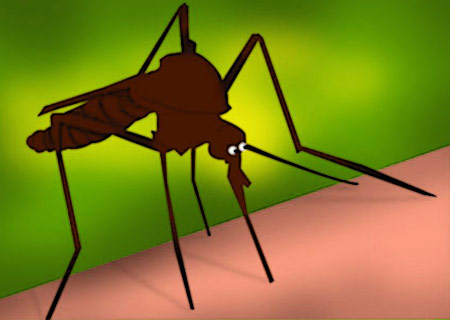 It is believed that many scientists from Melbourne seem to have recognized a split in the life cycle of malaria with the intention to offer hope for the development of a cure for this destructive disease. This revelation was jointly made by Dr Tania de Koning-Ward from the Deakin Medical School and Professor Brendan Crabb, coordinator of the project and Director of The Burnet Institute. They were also aided by other experts from Australia’s leading medical research institutes, The Burnet Institute and The Walter and Eliza Hall Institute for Medical Research and Deakin University’s new Medical School

Malaria is a disease which is believed to spread through mosquitoes. The most deadly form of this disease is stated to be caused by the parasite Plasmodium falciparum. Apparently, each year more than one million people, mainly children seem to have been dying from the disease out of the total 400 million cases of malaria. Supposedly, new therapies are urgently required to battle this fast growing devastating disease.

Study lead author, Dr. de Koning-Ward said that, “The next step is to identify drugs that block this protein channel. Since it is completely unique to malaria parasites this is a realistic possibility.”

It is believed that the malaria parasite may seem to grow inside red blood cells but in order to survive and cause illness it must transport hundreds of different proteins to the outside. Even though the parasites perform many different functions which are believed to be crucial in their growth and survival, it is believed that they must all pass through the same small opening in the surrounding membrane.

“Protein export machines are of great interest in biology but because of the enormous scale of the malaria problem this one also has practical health value. Therapies that block this pore interfere with many different crucial processes in the one hit and in that sense it is an Achilles heel of the malaria parasite.” stated Professor Crabb.

It has been stated that Dr. de Koning-Ward may continue developing tests to monitor drugs that are capable of blocking protein export. It is also believed that she may continue distinguishing the components that make up the protein pore in an effort to disclose the process through which proteins may be transported into the red blood cell.

Apparently, Dr de Koning-Ward has been drawn in to the study of malaria for over a period of 10 years. She is now believed to be in the midst of detecting a vital pathway for malaria parasite against which new therapies may be developed to help in treating this devastating disease.

This study has been published in the leading scientific journal Nature.