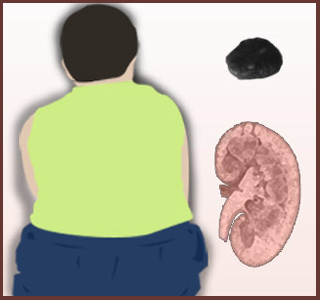 Roux-en-Y weight loss surgery is hypothesized to make a patient twice more likely to develop kidney stones. Inspite of previous beliefs, this renowned form of gastric bypass surgery was found to have this effect on patients. Evidently the doctors from Johns Hopkins further say that the overall risk is quite low, 8 percent to be precise.

Now with the rate of obesity sky-rocketing, innumerable people seem to have found solace in weight loss surgeries. The usually preferred weight loss or bariatric surgery is believed to be the Roux-en-Y surgery, which reduces the size of the stomach and aids in weight loss. This surgery is also stated to permit food to bypass part of the small intestine of the patient.

Earlier observations apparently illustrated that the other bariatric procedures seemed to lower the amount of calcium observation and thereby resulted in raising the kidney stone risk. However this rule didn’t seem to apply to the Roux-en-Y surgery, until now.

These researchers with the aim of evaluating this risk factor assessed the medical data of more than 4000 patients who had apparently undergone the Roux-en-Y surgery. Apart from this, identification of another group of patients was also done, who were believed to have similar characteristics (gender, age, body mass index) as the first group of patients.

By assessing the medical data of all these patients, the experts wanted to perceive which of the patients seemed to get diagnosed with kidney stones or were treated for it. It was observed that the patients who had undergone the above mentioned weight loss surgery seemed to have double the risk of developing kidney stones; as compared to the ones who had not undergo the surgery. Inspite of the overall risk of developing kidney stone being only 8%; the first group of patients appeared to be more at risk than the latter group.

Lead researcher, Brian Matlaga, MD, assistant professor of urology, Johns University School of Medicine, says that, “Our study is not an indictment of bariatric surgery—the benefits of this surgery are well known. Rather, we’d like to help physicians understand that their bariatric patients could be at risk for kidney stones, a condition that could be avoidable with proper preventative care.”

The reason for increased vulnerability of these patients was explained by stating that since the surgery lowers the amount of calcium absorption, it may in turn lead to kidney stone formation. Kidney stones are believed to usually form due to the excessive amount of oxalate, which unites with calcium and flushes out of the body. Having said this, the researchers even stated that they may possibly aid the patients in overcoming this issue by providing them with calcium supplements or various other interventions.

These findings have been presented in the Journal of Urology.