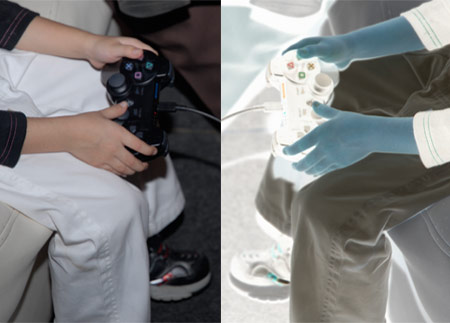 Video games are believed to have the ability to influence the behavior of people. However it may not be so, infact a latest study suggests otherwise. They have stated that certain video games may prompt children to be better and kinder, rather than being mean or hurting other people. This report was believed to have been conducted by a consortium of experts from Japan, U.S., Malaysia and Singapore.

This study was stated to have presented the observations made by three previously conducted separate studies. Seemingly all the studies were believed to have reached the conclusion that playing games with prosocial content may cause the players to be kinder to people when their game is over. Prosocial video games are stated to be those games which evidently include characters that are helpful and supportive of each other in a non-violent manner. All these studies were noted to have been conducted through different scientific approaches and on people belonging to varying age groups and of different countries.

Lead author, Douglas Gentile, psychologist from the Iowa State University, says that, “Dozens of studies have documented a relationship between violent video games and aggressive behaviors. But this is one of the first that has documented the positive effects of playing prosocial games.”

One of these studies was believed to have been conducted on more than 700 children from Singapore. These subjects were asked to list out their favorite games and the number of times the characters helped, killed or harmed the other characters. Apart from this, they were also questioned on how much chance they themselves had of helping out someone or sharing something with them or even being aggressive in certain cases.

Meanwhile, the second study was believed to have been conducted on about 2,000 Japanese kids. Again a link was evidently found between playing a non-violent game and a positive behavior, although after a period of a few months.

For the third study these experts allegedly analyzed more than 150 students in the U.S. These students were asked to either play a prosocial, neutral or a violent game. These students were to later allot puzzles to a randomly chosen partner. Seemingly, on successfully solving the puzzle, that particular partner could earn $10. However the main criteria presented here was that the person could select a hard or an easy puzzle for their partner. This would in turn determine how easy or tough it would be for the partner to earn that money.

Therefore from all these studies it was concluded that playing video games may not be dangerous for children. It is the kind of game which they are playing that could influence their behavior, and not the amount of time spent playing a game.

These findings have been published in the academic journal Personality and Social Psychology Bulletin.