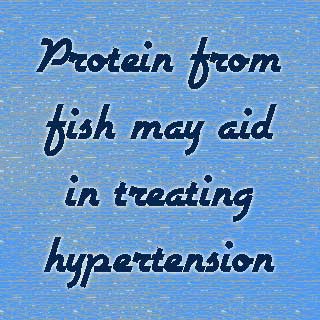 Experts from the University of Leicester were believed to have examined a species of fish from the Pacific Ocean as to how it may help in treating persistent conditions like congenital high blood pressure and kidney disease.

Apparently, the experts seem to have investigated whether the Goby fish could help them find genes associated with high blood pressure. A protein called Urotensin II, which may play an important role in regulating blood pressure in all vertebrates, was noted to have been first recognized in fish.

“The protein found in the fish has remained almost unaltered during evolution,” says study expert, Dr Radoslaw Debiec. “This indicates that the protein might be of critical importance in regulation of blood pressure and understanding the genetic background of high blood pressure.”

Dr. Debiec goes on to say that, “Uncovering the genetic causes of high blood pressure may help in its better prediction and early prevention of its complications. My research at the University of Leicester has shown how variation in the gene encoding the protein may influence risk of hypertension.”

Dr Debiec has further also stated that the drugs which affect the protein may be a new way of replacing the presently used therapies, especially for those suffering from both chronic kidney disease and high blood pressure.

Supposedly a set of families is believed to have provided them with data suggesting that genetic information stored in the protein may possibly pass through along with the risk of causing high blood pressure across generations. In addition, it was also noted that the similar genetic variant credited for hypertension may perhaps also lead to chronic kidney disease. These findings may perhaps be useful in the development of novel drugs for treating high blood pressure.