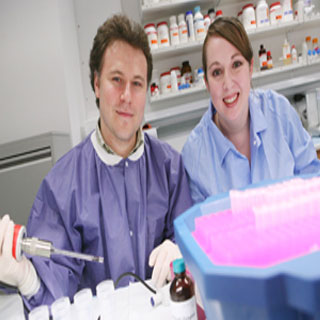 Ever heard of a bacteria assisting in getting rid of an infection? Well the immunology study experts at UT Southwestern Medical Center have discovered that bacteria which are in the human gut apparently aid in instigating the body’s defense mechanisms against Toxoplasma gondii. This parasite is claimed to be accountable for toxoplasmosis.

Pregnant women, their fetuses and others with weakened immune systems can apparently have disastrous consequences with toxoplasmosis although it is otherwise a mild infection.

In mice, to help regulate its immune response to the parasite, T gondii directly triggers a particular immune protein in the host known as toll-like receptor 11 (TLR – 11). On the other hand humans apparently don’t have an active form of this receptor. Just how the body recognizes T gondii is apparently ambiguous as the parasite doesn’t stimulate any of the functioning toll-like receptors that humans do possess.

Instead of directly generating toll-like receptors, T gonddi’s first contact in the human gut is claimed to be with the helpful bacteria that live within us. This is as per the study experts at UT Southwestern. Those bacteria then set off signaling molecules thus making the human host vigilant to the invader.

Dr. Felix Yarovinsky, assistant professor of immunology at UT Southwestern and senior author of the paper commented “While this is very early data, our results suggest that looking at the bacteria present in each patient’s gut could help physicians understand their susceptibility to infectious diseases. It also suggests the possibility of developing novel probiotic strategies for treating parasitic infections such as toxoplasmosis and cryptosporidiosis, a related disease caused by the parasite Cryptosporidium.”

Apparently more than 1 billion people in the world are affected by T gondi. The primary host for the protozoan parasite is apparently the house cat and it can infect most warm-blooded animals. Supposedly animals are commonly infected with T gondii by ingesting contaminated meat, water or the feces of a cat that has just been infected. It is said that the parasite can also be carried over from mother to fetus.

Since through contaminated cat feces, the toxoplasmosis is apparently spread to humans. Pregnant women are asked to house cats indoors and are asked to employ someone who isn’t pregnant to clean the litter box everyday. The parasite apparently enters the intestine and spreads throughout the organs once an individual is infected.

The mice in which TLR-11 had been genetically eradicated were analyzed by the researchers. The human response to T gondii was imitated by this. T gondii was injected both orally and systemically to the TRL-11-deficient mice. Although the mice did not have their normal mechanism for combating the infection, they nevertheless launched an attack against T gondii. It was discovered that commensal or good bacteria generated their immune system, thereby reminding various inflammatory responses in opposition to the invading pathogen. As per Dr. Felix, the helpful bacteria that send stimulating signals to the three toll-like receptors are apparently functional in humans. It provokes diverse inflammatory responses against invading pathogens like T-gondii.

Dr. Yarovinsky commented “This seems to be the first example of indirect pathogen recognition in vivo where activation of the immune system depends on indirect rather than direct sensing of a pathogen.”

Dr. Yarovinsky is of the opinion that that the hitch is that apparently TLR-11 appears to do more damage than good. Even though the mice do not have the receptor, but with commensal bacteria, they were supposedly capable to increase many signaling proteins to beat the parasite. Apparently those who had the receptor stimulated too many proteins and developed severe inflammation in their small intestines. It was claimed that the mice with TLR – 11 died in much larger number bcause of the rise in the inflammatory response as they were infected with higher doses of T gondii.

Dr. Yarovinsky remarked “We speculate that because commensal bacteria co-evolved with the host, they must have found this fine balance to induce the sufficient stimulatory effects of the immune system without causing illness or death. The fact that commensal bacteria vary dramatically from person to person might explain why therapeutic outcomes vary so much.”

As per Dr. Yarovinsky the next stage is to verify whether specific species of commensal bacteria are more favorable than others.

This study was published in the online August issue of Cell Host & Microbe.