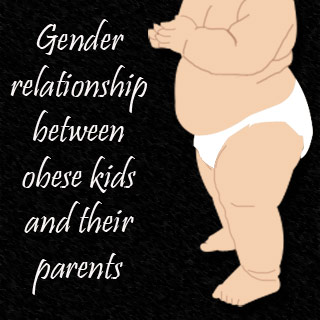 According to a novel study, children-parent relationships in the initial years of life appear to be extremely crucial in understanding their weight patterns, especially if the parent is of a similar gender. This was noted to be a novel way of recognizing why few young people are becoming obese in contrast to others. This analysis was carried out by the Early Bird Diabetes Study.

The study signified that girls whose mothers were identified as clinically obese seem to have more chances of encountering weight problems during their formative years. Apparently, this similar kind of circumstances was observed between obese fathers and their sons.

The study’s Director, Professor Terry Wilkin said that, “Any genetic link between obese parents and their children would be indiscriminate of gender. The clearly defined gender-assortative pattern which our research has uncovered is an exciting one because it points towards behavioral factors at work in childhood obesity.”

However, the findings of the study also showed that similar development was unseen between mothers and their sons and fathers and their daughters. It was noted that, presently, an outbreak of obesity has been affecting children in the UK.

Wilkin further added that, “These findings could turn our thinking on childhood obesity dramatically on its head. Money and resources have focused on children over the past decade in the belief that obese children become obese adults, and that prevention of obesity in children will solve the problem in adulthood. Early Bird’s evidence supports the opposite hypothesis – that children are becoming obese due to the influence of their same-sex parents, and that we will need to focus on changing the behavior of the adult if we want to combat obesity in the child.”

This probably led to a conclusion, that behavioral rather than genetic factors may perhaps be the solution in separating the causes for obesity.

This study will be soon published in the International Journal of Obesity.