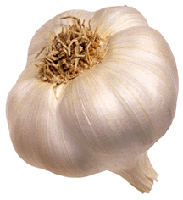 The bit of news may come as a shock to avid garlic eaters. A recent study has questioned the properties of garlic, especially its raw form’s capabilities of lowering bad LDL cholesterol.

Medical scientists at the Stanford Prevention Research Center have said that their study provides enough evidence to suggest that consuming garlic on a daily basis either in its raw form or as supplements, does not actually offer all those health benefits it is believed to have provided.

According to Christopher Gardner, assistant professor of medicine at the center, and who participated in the study, “”It just doesn’t work. There’s no shortcut. You achieve good health through eating healthy food. There isn’t a pill or an herb you can take to counteract an unhealthy diet.”

“If garlic was going to work, in one form or another, then it would have worked in our study,” he said. “The lack of effect was compelling and clear. We took cholesterol measurements every month for six months and the numbers just didn’t move. There was no effect with any of the three products, even though fairly high doses were used.”

Garlic has been found to contain a substance called allicin, which is produced when raw garlic is chopped or crushed. In laboratory tests — test tubes and in animals — this substance has been shown to inhibit the synthesis of cholesterol. However, there is conflicting clinical proof about its ability to work in human body in the same manner.

The researchers covered 192 patients with moderately elevated LDL cholesterol and they were randomly told to consume four grams of cloves of garlic or more than the recommended dosage of two of the supplements or a placebo on six days a week for six months. All the participants were closely monitored to ensure they did not lose or gain weight. Blood samples were taken on a monthly basis to determine the levels of cholesterol. The readings were found to remain unchanged from start to finish in all the cases, Gardner said.

The study had the statistical power to see any small differences that would have shown up, he said, and added “… we had the duration to see whether it might take a while for the effect of the garlic to creep in. We even looked separately at the participants with the highest vs. the lowest LDL cholesterol levels at the start of the study, and the results were identical. Garlic just didn’t work.”

He said in lab tests, the garlic compound could be applied directly to cells. But when it is used in people, one does not know whether allicin would actually get directly into the cells. There is, therefore, need for human clinical trials to confirm the so-called benefits.

Gardner said garlic could have an effect on other health and disease processes like inflammation, immune function or cancer. But, even these potential benefits need to be studied and analyzed in controlled studies, he said.