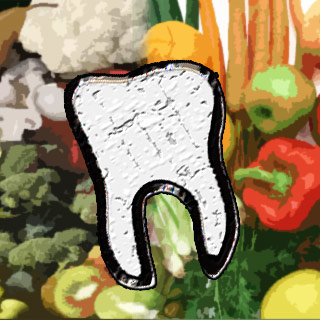 Dental disease may be an alarm that your diet may be causing harm to your body. Other than the instant toothache, dental pain may signify potential medical problems. In addition, it may be a warning that the high-glycemic diet that led to dental problems in the short term could possibly lead to severe chronic diseases in the long term.

Hujoel analyzed the associations between diet, dental disease, and chronic systemic illnesses like obesity, diabetes, and some forms of cancer. Apparently, he evaluated two opposing viewpoints on the role of dietary carbohydrates in health and disease.

“The five-alarm fire bell of a tooth ache is difficult to ignore,” says Dr. Philippe P. Hujoel, professor of dental public health sciences at the University Of Washington School Of Dentistry.

The discussion was noted to have surrounded around fermentable carbohydrates. Supposedly, fermentable carbohydrates are those foods that turn into simple sugars in the mouth. They not only include sweets like cookies, doughnuts, cake and candy but also comprise of bananas and several tropical fruits, sticky fruits like raisins , dried fruits, and starchy foods like potatoes, refined wheat flour, yams, rice, pasta, pretzels, bread, and corn.

Hujoel elucidated that for more than two decades, people have been recommended that fermentable dietary carbohydrates should be the basis of their diet. Allegedly, fats were regarded as an evil food whereas a diet rich in carbohydrates was noted to stop several systemic diseases. Unfortunately, such a diet – purportedly good for systemic health, appeared to be bad for dental health.

As a result, cavities or gingival bleeding caused due to the intake of fermentable carbohydrates could be avoided at times. As, Hujoel examined that for most of the times it was unsuccessful even after taking careful brushing, fluorides, and taking other dental preventive measures. This may have led to cavities and gum disease.

The close correlation between the biological mechanisms that cause dental decay and the factors responsible for elevated average glucose level in the blood appears to be interesting. Hujoel noted that consuming sugar or fermentable carbohydrates seems to decrease the acidity levels of dental plaque. Also these carbohydrates are considered as an origin for dental decay.

He further stated that, “Eating these same foods is also associated with spikes in blood sugar levels. There is fascinating evidence that suggests that the higher the glycemic level of a food, the more it will drop the acidity of dental plaque, and the higher it will raise blood sugar. So, possibly, dental decay may really be a marker for the chronic high-glycemic diets that lead to both dental decay and chronic systemic diseases. This puts a whole new light on studies that have linked dental diseases to such diverse illnesses as Alzheimer’s disease and pancreatic cancer.”

“Dental problems from poor dietary habits appear in a few weeks to a few years. Dental improvement can be rapid when habits are corrected. For example, reducing sugar intake can often improve gingivitis scores (a measurement of gum disease) in a couple of weeks. Dental disease reveals very early on that eating habits are putting a person at risk for systemic disease. Since chronic medical disease takes decades to become severe enough to be detected in screening tests, dental diseases may provide plenty of lead-time to change harmful eating habits and thereby decrease the risk of developing the other diseases of civilization, ,” Hujoel illuminates.

While preparing an every day or weekly menu, he proposed that, “What’s good for your oral health looks increasingly likely to also benefit your overall health.”

It was believed that experts have put forward that Alzheimer’s disease and pancreatic cancer are due to an irregular blood glucose metabolism. Supposedly, the connection between dental diseases and systemic disease offers an indirect support to these findings.

This study has been published in The Journal of Dental Research.