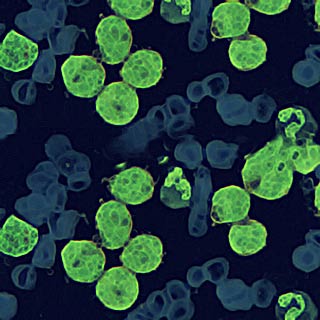 Acute lymphoblastic leukemia is stated to be the most common type of cancer that affects children. A team of experts have recently discovered the process of how a chromosomal abnormality kick-starts the development of this disease. This intriguing study was conducted by the Harvard experts based at the Massachusetts General Hospital.

These investigators have portrayed the process of how expression of this mutation in the hematopoietic stem cells (HSCs), which takes place before birth, brings about the onset of this disease years later. Acute lymphoblastic leukemia (ALL) has been estimated to account for nearly 23% of all the diagnosed cancer cases in children below the age of 15 years. This kind of cancer is noted to most often be treatable, but it involves years of heavy chemotherapy.

“Based on their longevity, it had been assumed but never shown that HSCs were the cells in which the first steps of leukemia occur. We now unequivocally demonstrate that HSCs can be involved in the early evolution of leukemia and that cells expressing an oncogene can continue contributing to blood formation while serving as a hard-to-detect reservoir of malignancy-prone cells,” says Hanno Hock, MD, PhD, of the Harvard Stem Cell Institute and the MGH Cancer Center and Center for Regenerative Medicine. “We hope that better understanding the latency period of childhood leukemia will help us interfere with the disease earlier and in a more targeted, less toxic manner.”

Previous analysis were noted to have identified the genetic and molecular abnormalities associated with leukemia, however it was not known that, how and in which cells this process begun. They had drawn attention towards the chromosomal translocation called TEL-AML1, which was believed to play a role in ALL. In the present study, with the help of a mouse model, these experts could gain better knowledge about the role of TEL-AML1.

Hock explains, “Basically, TEL-AML1 expands HSCs and puts them into a dormant but malignancy-prone state, setting the stage for the catastrophe to come. We are now looking at what happens when TEL-AML1 combines with other mutations occurring later in the development of this type of leukemia, to put together the complete biology of the disease. If we can generate a disease model that incorporates all the steps leading to full-blown leukemia, that should help us further study the biology of the disease and test new, targeted therapies.”

This study has been presented in Cell Stem Cell.