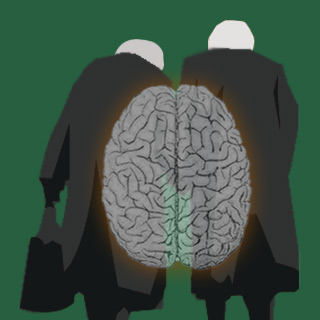 Here’s an interesting news article that may particularly hold the attention of elderly people. According to a latest study, even elderly people with no memory problems may have a higher possibility of developing memory problems in later years. This is supposedly because of the damage caused inside the small areas of the brain which is also seen as the growing amount of ‘brain rust’.

For the purpose of the study, experts were believed to have examined 49 people. The average age of the subjects was 65 years and above and they seemed to have no memory or thinking problems for nearly 9.5 years. They underwent at least three brain scans and yearly tests of thinking skills. During the study, out of the total number of subjects, 24 of them seemed to have developed constant cognitive impairment. This impairment, experts suggest may probably lead to Alzheimer’s disease or another type of dementia.

The findings of the study revealed that subjects who developed ‘brain rust’ very quickly inside white matter hyperintensities, had more chances of acquiring permanent thinking problems in later years. These thinking problems were noted to have led to dementia in contrast to those who had slow rate of growth in these kinds of brain lesions.

Supposedly, every cubic centimeter rise in the amount of brain lesions was associated with approximately 94 percent increased risk of developing cognitive impairment.

Study author Lisa Silbert, MD, MCR, of Oregon Health & Science University in Portland and a member of the American Academy of Neurology stated that, “We need to determine factors that can decrease the accumulation of white matter hyper intensities over time. We also need to determine how to identify those who are vulnerable to this accumulation so they can be targeted for potential early prevention or treatment methods.”

Study authors found that the total amount of brain lesions at the beginning of the study was not a predictor of risk of developing cognitive impairment. They seemed to have considered the rate of change of these brain lesions over time.

This study has been published in the medical journal of the American Academy of Neurology.