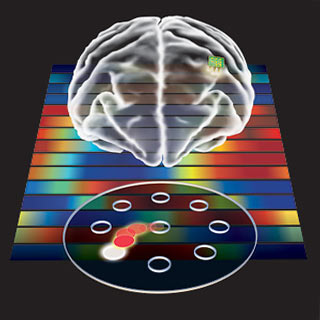 The brain is apparently capable of achieving motor memory through a prosthetic device. At least that’s a latest research reveals. The brain, analysis revealed could achieve motor memory with a prosthetic device. This should provide hope to physically disabled people as they may some day master the control of artificial limbs with greater relief. This research was conducted by scientists at the University of California, Berkeley.

These scientists dealt with an important question on whether the brain could create a constant neural map of a motor task. This was done in order to create control of an artificial limb more spontaneously.

In this research, macaque monkeys using brain signals apparently discovered how to move a computer cursor to various ends. The researchers observed that the brain could develop a mental map of a solution in order to accomplish the task with high abilities. In addition, it stuck to the neural pattern without causing any deviation, similar to a driver who adheres to a specified route while commuting to work.

“When your own body performs motor tasks repeatedly, the movements become almost automatic. The profound part of our study is that this is all happening with something that is not part of one’s own body. We have demonstrated that the brain is able to form a motor memory to control a disembodied device in a way that mirrors how it controls its own body. That has never been shown before,” stated Chief investigator of the research, Jose Carmena, a UC Berkeley assistant professor.

In recent times, researchers in the field of brain-machine interfaces are believed to have made significant strides in order to improve the lives of people with physical ailments.

According to a novel survey, approximately 1.3 million people in the United States experience some form of paralysis caused by spinal cord injury. This survey was performed by the Christopher and Dana Reeve Foundation in April 2009. The survey also found that when other causes of restricted movement were considered, the number of Americans affected with paralysis increased to 5.6 million. Restricted movements included stroke, multiple sclerosis and cerebral palsy.

Researchers have already confirmed that rodents, non-human primates and humans were able to manage robotic devices or computer cursors in actual instance only through brain signals. However, previously it was unclear whether such a skill had combined as a motor memory. The latest research was of the opinion that the brain is capable of creating a stable, mental symbol of a disembodied device so that it could be controlled with little effort.

In order to explain this, Carmena and Karunesh Ganguly, a post-doctoral fellow in Carmena’s laboratory, were believed to have made use of a mathematical model which they paired with a stable group of neurons in the brain. The model was called as the ‘decoder’ that seemed to remain static throughout the research. Apparently, the decoder was similar to a simplified spinal cord which translated the signals from the brain’s motor cortex into movement of the cursor.

It was observed that the monkeys took nearly four to five days of practice to master defined control of the cursor. Once they mastered the cursor, they were able of completing the task easily and quickly for the next two weeks.

As the tasks were being completed, researches seemed to examine the changes taking place in the activity of individual neurons involved in controlling the cursor. They could notify which cells were firing when the cursor moved in specific directions. Researchers supposedly noticed that the neural patterns involved in the ‘solution’ stabilized as soon as the animals became experts at the given task.

Carmen said that, “The solution adopted is what the brain returned to repeatedly.”

Stability is one of three major features which scientists seem to relate with motor memory. This stability feature is most familiar with music teachers and athletic coaches who assist their students to ‘unlearn’ wrong techniques, as once a motor memory has been merged, it could be difficult to alter.

Motor memory is known for its ability to be quickly recalled upon demand and also for its resistance to interference when new skills are learned. Allegedly, these three elements were demonstrated in the UC Berkeley research. A real-life example of resistance to interference includes people who return to an automatic transmission car after learning how to drive manual cars.

Exactly after two weeks the monkeys grasped the first decoder, they were presented with a novel decoder which was marked by a different colored cursor. As the monkeys were mastering the new decoder, the researchers would unexpectedly switch back to the original decoder. However, they noticed that the monkeys could instantly carry out the task without missing a beat. Researchers stated that the monkeys seemed to show a level of neural plasticity which was in no way before related with the control of a prosthetic device. This level of neural plasticity was observed when monkeys could simply switch back and forth between the two decoders.

Carmena further added that, “This is a study that says that maybe one day; we can really think of the ultimate neuroprosthetic device that humans can use to perform many different tasks in a more natural way. Nevertheless, beyond its clinical applications, which are very clear, this line of research sheds light on how the brain assembles and organizes neurons, and how it forms a motor memory to control the prosthetic device. These are important, fundamental questions about how the brain learns in general.

However, researchers have recognized that prosthetic devices will not be able to come in terms to what millions of years of evolution have accomplished in order to allow animal brains to control body movement.

This research has been published in the open-access journal PLoS Biology.