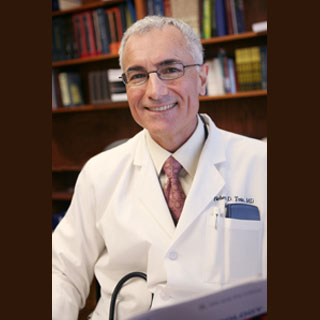 The anemia drug darbepoetin alfa was found by scientists at the UT Southwestern Medical Center to perform no better than a placebo in various applications that were earlier thought to hold potential. The experts suggest that the drug may not be helpful for kidney disease patients as well.

Seemingly darbepoetin alfa is known to be one of a class of drugs that may be utilized to surge red blood cells in patients with type 2 diabetes, chronic kidney disease and anemia. However the new study that included nearly 4,038 patients suggests otherwise.

The findings indicate that the drug appears to have done little to lower cardiovascular problems, death or even the need for dialysis. The drug and other similar drugs claim to have been used by patients for at least a decade so as to enhance the symptoms of anemia.

“We were disappointed that the drug didn’t make a difference. We set out doing this trial to prove whether treatment of anemia would help our patients,” remarked Dr. Robert Toto, professor of internal medicine at UT Southwestern and senior author of the study.

In addition to this, the invesitigators also observed that individuals who took the drug were approximately twice as likely to have a stroke as against subjects who were administered a placebo. Being soecific, 101 subjects were compared with 53.

“This is a surprise,” Dr. Toto revealed. “Clinicians should not expect that treatment of anemia with darbepoetin and other drugs in its class will reduce their risk of cardiovascular events or prevent their kidney disease from progressing. If a clinician is treating a patient for fatigue and other symptoms of anemia and the symptoms do not improve, they should consider stopping the drug, because it may expose the patient to increased risk of stroke.”

Until TREAT – Trial to Reduce Cardiovascular Events with Aranesp Therapy, no trial was conducted to compare the drug with a placebo. Though, studies in the past were attempted to determine optimal hemoglobin levels using such drugs in these patients.

“From a scientific perspective, TREAT is the most rigorous,” Dr. Toto further mentioned. “It’s a randomized, double-blind, placebo-controlled trial.”

Nevertheless, the scientists claim to have found a modest decrease in reported fatigue levels. Also they observed a decrease in the apparent need for blood transfusion in subjects taking darbepoetin alfa

The study is published in The New England Journal of Medicine.