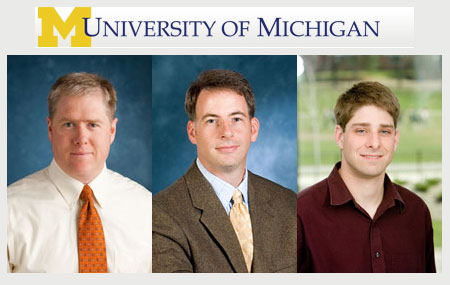 Stem cell research is claimed to have large implications in future medicines and treatments. According to a University of Michigan research team, stem cell advances should be able to benefit all sectors of society. However a new analysis by the team reveals that the most widely used human embryonic stem cell lines seem to lack genetic diversity. This surprising finding could raise social justice questions.

The U-M team examined about 47 embryonic stem cells in this first published research of its kind. It included most of the lines that appear to be commonly used by stem cell researchers. Determining the genetic ancestry of each line, the scientists claim to have found that most of these were obtained from donors of northern and western European ancestry. Several of the lines were observed to have been of Middle Eastern or southern European ancestry.

While two of the lines were of East Asian origin, none of the lines were derived from individuals of recent African ancestry, from Pacific Islanders, or from populations indigenous to the Americas. In addition to this, the researchers also seem to have recognized various situations in which more than once cell line came from the same embryo donors. This could further lower the overall genetic diversity of these largely available lines.

“Embryonic stem cell research has the potential to change the future of medicine,” mentioned Sean Morrison, director of the U-M Center for Stem Cell Biology and one of the research leaders. “But there’s a lack of diversity among today’s most commonly used human embryonic stem cell lines, which highlights an important social justice issue. We expected Europeans to be overrepresented, but we were surprised by how little diversity there is.”

Morrison partnered with two colleagues at the U-M Life Sciences Institute namely stem cell scientist Jack Mosher and population geneticist Noah Rosenberg for the analysis. New therapies seem to be tested on patients that mirror the diversity in society as a basic principle of medical research. This is mainly because certain groups may respond to medications and treatments differently. By adjudging new therapies in diverse patients, experts may have higher chances of detecting their various effects.

Earlier this month, U-M researchers had announced that they had gained an approval from the Medical School’s Institutional Review Board and the university’s Human Pluripotent Stem Cell Research Oversight Committee to start acceptance of donated embryos. These are intended for use in the derivation of the university’s first human embryonic stem cell lines. The university’s new Consortium for Stem Cell Therapies, which includes researchers from across campus, as well as collaborators at Michigan State University and Wayne State University should be conducting this project.

The first concern for the consortium is claimed to be the derivation of lines that carry the genes responsible for inherited diseases. Morrison proposes that their priority will also include deriving new embryonic stem cell lines from underrepresented groups, including African-Americans.

As part of the present analysis, Mosher extracted DNA from embryonic stem cells. The researcher then recognized the pattern of genetic variation at approximately 500,000 sites within the genome in a process called genotyping. Following this, these were compared the stem-cell genotypes to databases containing genetic information from 2,001 individuals of known ancestry by Rosenberg

“If we find that a stem cell line is very similar genetically to people from a certain population that has previously been studied, then that’s good evidence that the embryonic stem cell line was derived from donors belonging to that population, or a closely related population,” Rosenberg commented.

According to the researchers embryonic stem cell lines find their place in the development of new cellular therapies for spinal cord injuries and various diseases. They also appear to be used for screening of new drugs and to better understand inherited diseases. In order to benefit all patients, the results must essentially include diverse lines. Reportedly the total number of human embryonic stem cells in the world is estimated to range up to 700.

These findings were scheduled to be published in the New England Journal of Medicine.