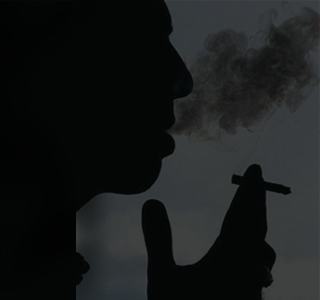 Smoking cigarettes may be injurious to one’s health, irrespective of the type of cigarette smoked. A laboratory analysis of electronic cigarette samples is said to have detected the presence of toxic chemicals and carcinogens in them. These results were announced by the U.S. Food and Drug Administration.

These particular type of cigarettes, also known as “e-cigarettes,” are stated to be battery operated devices, which contain cartridges comprising of flavor, nicotine and other toxic chemicals. This device then converts these chemicals and nicotine into vapor which is then inhaled by the smoker.

These potentially-fatal devices, which may be easily available in malls and online, are notably sold to young consumers. Its availability in different flavors like mint and chocolate are believed to appeal to young people. More so, unlike FDA-approved nicotine replacement products or conventional cigarettes, these e-cigarettes relatively don’t seem to contain health warnings. Great concern has been expressed by public health experts about the likelihood of e-cigarettes to increase tobacco use and nicotine addiction in young smokers.

For the purpose of talking about the negative health effects of these cigarettes, a team of experts were noted to have come together. These experts included Jonathan Winickoff, M.D., chair of the American Academy of Pediatrics Tobacco Consortium and Jonathan Samet, M.D., director of the Institute for Global Health at the University of Southern California; Joshua Sharfstein, M.D., principal deputy commissioner of the FDA; and Matthew McKenna, M.D., director of the Office of Smoking and Health for the Centers for Disease Control and Prevention.

Margaret A. Hamburg, MD, commissioner of food and drugs, says, “The FDA is concerned about the safety of these products and how they are marketed to the public.”

Since these products were provided to the FDA for gaining its approval, the agency does not have a clear idea about the level of nicotine and other chemicals in them, except for their own limited findings on it.

The agency was believed to have conducted an analysis on two different electronic cigarette brands, where in one of these products diethylene glycol (toxic chemical used in antifreeze) was detected; the other product seemed to contain carcinogens. The findings suggest that these products consist of detectable harmful chemicals and carcinogens, to which people may be potentially exposed.