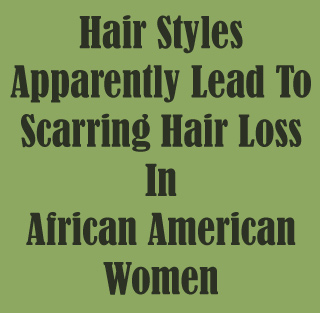 Hair grooming practices like braids and weaves usually adopted by African American women seem to interfere with the development of scarring hair loss. In a major breakthrough, experts found that hair grooming practices and inflammation in the form of bacterial infection contribute to the development of central centrifugal cicatricial alopecia (CCCA) in African American women. CCCA, a scarring hair loss, centered on the vertex of the scalp may spread peripherally.

During the study, investigators thoroughly scrutinized medical and environmental risk factors for CCCA. Around 326 African American women completed questionnaires at two African American churches and a health fair in Cleveland. This data was then analyzed on the basis of the study participants’ demographics, family and medical history, hormonally driven conditions, and methods of hair grooming.

Scientists share, “The results of this study suggest that hair grooming practices that cause traction, such as weaves and braids, may be contributing to the development of CCCA because these styles are more commonly used in those with the most severe central hair loss to increase hair style versatility while camouflaging hair loss. Given the fact that many African American women pay hundreds of dollars to have their hair braided and weaved, they often maintain these hair styles for weeks to months at a time to justify the money spent. The resulting prolonged traction can produce chronic folliculitis, which can eventually lead to scarring.”

Angela Kyei, M.D., M.P.H., and colleagues at the Cleveland Clinic, Cleveland, Ohio, found a high prevalence of central hair loss among African American women. Advanced central hair loss with clinical signs of scarring appeared in 59 percent of the respondents and was interpreted as clinically consistent with CCCA. It was mentioned that diabetes mellitus type 2 may be dramatically higher in those with CCCA, because bacterial scalp infections and hair styles associated with traction.

The study will appear in the August print issue of Archives of Dermatology, one of the JAMA/Archives journals.