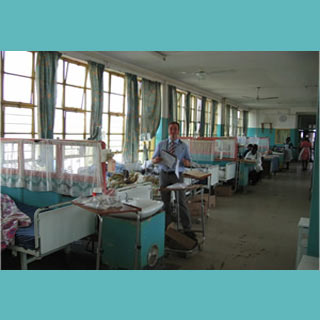 Pacemakers and other implantable cardiac devices are entrenched to control an uneven or slow heart beat, or performed as an insurance policy by involuntarily shocking the heart back to a usual rhythm. They can last up to 10 years and apparently cost $10,000 to $50,000.

Patients who were given restored pacemakers donated from Detroit area funeral homes stayed alive, devoid of any complications from the devices. This is as per a case series which is claimed by the University of Michigan Cardiovascular Center.

The pacemakers were fixed in about 12 patients at the University of Philippines – Philippine General Hospital who could not pay for superior cardiac care and were limited to their beds as they waited for a permanent pacemaker.

All donated pacemakers apparently operated normally at six months, and most significantly there seemed to be no device complication like infections.

The dispute for pacemaker reuse has apparently been argued for several years. But the thought is gaining ground as U-M cardiology experts’ account for capable outcomes of offering donated pacemakers to underserved nations.

Co-author Timir S. Baman, M.D., cardiology fellow at the U-M Cardiovascular Center, commented, “In light of the widening health care disparity seen between the industrialized world and developing nations, we feel that pacemaker reuse is an ethical obligation to address the medical needs of those who could not afford therapy otherwise.”

It was seen that a bulk of heart patients were interested in donating their pacemakers post death. U-M has initiated a project called My Heart Your Heart. It is said to be a combined partnership between the U-M Cardiovascular Center, Michigan funeral homes, and World Medical Relief, a Detroit-based non-profit organization that concentrates in the delivery of used medical equipment.

In recent decades, industrialized nations have apparently seen a reduction in deaths from heart attacks and strokes, but those in low- and middle-income nations supposedly persist to undergo an outbreak of cardiovascular disease.

The occurrence of cardiovascular disease is anticipated to rise 137 percent between 1990 and 2020 for those living in low- and middle- income countries. It’s likely that as many as 1 million people worldwide may die every year from slow heart rates.

Co-author Hakan Oral, M.D., director of electrophysiology at the U-M cardiovascular center, remarked, “Many of these countries lack the financial resources to address this epidemic of cardiovascular disease. As a result, resources are often directed away from high-cost treatment strategies, such as implantable cardiac rhythmn management devices.”

Only pacemakers with around 70 percent battery life were incorporated in the research and consent was acquired from all patients’ families so as to eliminate and provide the pacemakers after death. A sum of 50 pacemakers was offered by funeral homes to WMR. Of them, about 12 with sufficient battery life were entrenched in poor patients at Philippine General Hospital in Manila.

In the next stage, the U-M Cardiovascular Center may seek for authorization from the U.S. Food and Drug Administration to go on board on a huge level clinical trial to demonstrate that pacemaker reuse could be safe and effectual.

The research appears online in the Journal of the American College of Cardiology.