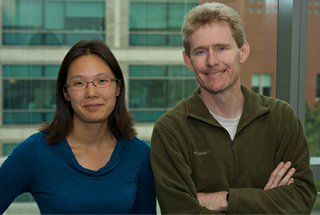 A closer scrutiny of the malaria parasite seems to answer an array of questions that investigators encounter. As per a research conducted by the University of California scientists, the malaria parasite apparently lives and breeds in the human bloodstream itself owing to a critical chemical created internally by the parasite.

This analysis could be a ray of hope in formulation of therapies and treatment strategies for malaria. These findings also pave way for developing a new vaccine by conducting a trial on a poor form of the parasite.

“It’s as if we designed a ticking time bomb inside the parasite that’s ready to go off – and when it does, the parasite dies,” commented Joseph DeRisi , PhD, a Howard Hughes Medical Institute investigator at UCSF and vice chair of the Department of Biochemistry and Biophysics, who led the work.

Theoretically, health care professionals can immunize people staying in regions where malaria is widespread with a mild form of the parasite. If it seems to work, then this altered form of the parasite will seemingly not make people unwell but instead give them resistance capability in case they face an exposure later. However, this avenue needs to be affirmed through clinical trials. The last few decades have seen various approaches for treating malaria such as insecticide-treated bed nets and so on. But there is an urgent need for effective medicines on this front. Researchers believe that hope for a vaccine supposedly lies within the parasite itself.

About many years ago, analysts targeted the factory-like enveloped organelle known as apicoplast. Now, this team has shown that the latter primarily seems to produce an individual chemical isopentenyl (IPP) which is an essential ingredient used by the parasite to build a series of other molecules. This revelation came to light when the researchers grew specimens of Plasmodium falciparum inside red blood cells in the test tube. If the parasites received antibiotic drugs that destroy the apicoplast, the parasite is presumably pushed to death. However, if the parasites were given IPP, they appeared to survive though the organelle disappeared over time.

This research provides an essential ground for future drugs and vaccines. Initial targets of vaccines are apparently without a noticeable target inside the parasite itself. DeRisi and Ellen Yeh’s work has paved for the discovery of drugs that could target the apicoplast. The report, ‘Chemical Rescue of Malaria Parasites Lacking an Apicoplast Defines Organelle Function in Blood-stage P. falciparum’ appears in the August 30 issue of the journal PLoS Biology.