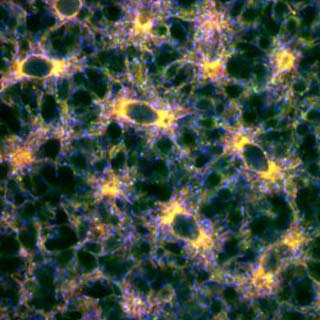 According to a team of Italian and U.S biologists, a little-understood protein previously involved in a rare genetic disorder also plays an unexpected and crucial role in building and maintaining healthy cells. These biologists were from Rice and the Eugenio Medea Scientific Institute in Italy.

It was believed that SNARE proteins are a specialized family of proteins which carry out membrane fusion. In addition, it appears to be an essential process that takes place very rapidly every second in each cell of our bodies. Mc New was noted to have been studying this from the past 15 years.

The findings revealed that a protein, called ‘atlastin’ performs its function by combining the intracellular membranes in a previously unknown way.

“If you’d asked me a year ago whether this was possible, I would have said, no. In fact, that’s exactly what I told (co-author) Andrea Daga when we first spoke about the idea a year ago,” says Rice co-author James McNew, a faculty investigator at Rice’s novel BioScience Research Collaborative.

Daga, a researcher at the Eugenio Medea Scientific Institute in Conegliano, Italy stated that, “It is fitting that the discovery of a new protein capable of fusing membranes comes 10 years after the demonstration that SNAREs can fuse lipid bilayers.”

In order to perform this novel research, Daga’s and McNew’s research teams used fruit flies to examine atlastin functions. Supposedly, the atlastin in fruit flies is very similar to the one found in human version and serves the same purpose.

McNew, associate professor of biochemistry and cell biology, further explained that, “Prior to this, there were only two defined ways in which you could take biological membranes and put them together in a specific way. Atlastin is the third, and it’s the only one that requires enzymatic activity, so it’s distinctly different.”

With the help of a series of tests on purified proteins, live fruit flies and cell cultures, the researchers examined the effect of both an excess and a scarcity of atlastin on cell function and on fruit fly development. Also, they created mutant versions of the protein in order to observe how it functioned or failed to function when some parts were disabled.

“The endoplasmic reticulum is an ever-changing environment. It grows. It retracts. It expands. It collapses. It’s highly dynamic, and for that to be the case there has to be a mechanism by which it can grow new pieces and connect those pieces together. That’s where the fusion comes in.” says McNew.

The findings of the test revealed that cells with extra atlastin had an overdeveloped endoplasmic reticulum (ER) and that very less atlastin led to a fragmented ER. Also, flies with defective atlastin seemed to have become sterile and short-lived. Allegedly, ER is a system of interconnected membrane tubes and chambers which is important for normal cell function.

Daga was of the opinion that, “We hope the findings lead to a better understanding of hereditary spastic paraplegia (HSP), the genetic disorder that atlastin has been linked with.”

HSP is known to be a rare genetic condition which affects nearly one million people across the world. Evidently, it is marked by a partial paralysis of the lower extremities. Since the defects are seen in the body’s longest cells i.e. the neurons which run from the spine through the legs.

Daga claimed that atlastin’s role in building and maintaining a healthy ER may assist HSP researchers to better understand why the neurons seemed to be affected first. Thus, the discovery may perhaps lay the foundation for a deeper understanding of both basic biological processes and disease.

The findings of the research will be published soon in the journal Nature.