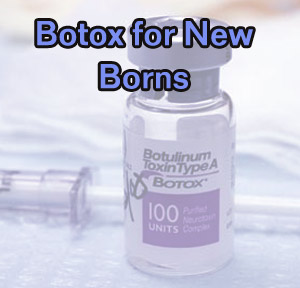 Botox, scientifically known as Botulinum toxin is commonly used by many to reduce wrinkles. Even though it is well known to be the most poisonous naturally occurring substances, it is being researched for the use in new born babies suffering from CHARGE Syndrome.

Dr.Sam Daniel Associate Director of Research of the Otorhinolaryngology Divisionteh Montreal Children’s Hospital of the McGill University Health centre has said that this protein has become an effective method to save newborns who suffer from CHARGE Syndrome, instead of the little ones undergoing devastating tracheotomies.

CHARGE Syndrome is a rare condition but it can become fatal in its most severe form. This syndrome includes a variety of birth defects in different organs like the heart, eyes or ears and it even affects the salivary glands. They are hyper-stimulated and secret excess fluids that are discarded into the lungs, ultimately causing asphyxia.

Dr. Daniel had treated the first ever infant patient with Botox, which was just two and a hlf months old. He used the injection of a minute dose of Botox into each of the baby’s salivary glands. Two week later, the baby’s intubation was successful and he now leads a normal life as a three year old boy with his parents.

Thus, it has come to be known that Botulinum toxin is a very powerful neurotoxin that blocks nerve activity. In this new born baby’s case, it successfully blocked the nerves that stimulated his salivary glands, reducing their secretions to a normal level.

Since his first trial around 5 years ago, Dr. Daniel has performed over 1000 Botox injections in young children which included 12 new borns.