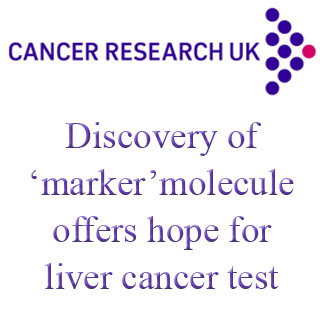 According to the scientists from Cancer Research UK’s London Research Institute Clare Hall Laboratories, a ‘marker’ molecule may now be able to identify when the cancer cells begin to become cancerous. Apparently, scientists examined the behavior of a novel DNA damage repair enzyme called ALC1 (Amplified in Liver Cancer 1). ALC1 is known to be found in excessive amounts in nearly half of liver cancers.

In normal cells ALC1 functions as an essential ‘relaxant’ which seems to release chromatin at the point of a DNA mistake. Supposedly, chromatin is a tightly-packaged genetic information which is made of DNA and ‘packing proteins’. The loosened chromatin was believed to have allowed exposure of the DNA damage in order to repair molecules, which could easily access and fix the fault.

Lead author, Dr Simon Boulton, chief of the DNA damage response laboratory at Cancer Research UK’s London Research Institute, stated that, “When too much of the ALC1 molecule is produced, the genetic information inside cells unravels which makes it vulnerable to damage. We know that ALC1 is present in greater amounts in half of liver cancers and this research suggests it could be developed as a future test to detect pre-cancerous changes in liver cells.”

However, the scientists have discovered for the foremost time that when excess of ALC1 is produced it greatly relaxes a cell’s genetic material. Allegedly, this genetic material makes the DNA more susceptible to mistakes thereby increasing the chances of cancer formation.

Dr Boulton further added that, “So far ALC1 is known to be produced in greater amounts in liver cancer cells – so we need to carry out more experiments to see if this also happens in other cancers.”

It was estimated that about 3,000 people every year in the UK are diagnosed with primary liver cancer. Unfortunately the disease seems to be very complex to treat successfully. In addition, nearly less than six percent of patients appear to be still alive after five years.

“Liver cancer is difficult to treat so this makes it even more important to investigate ways to detect precancerous changes in cells in order to catch liver cancer before it has had a chance to fully develop. This research is a fantastic example of how science has the potential to have a direct impact on cancer diagnosis and treatment for the future,” elucidates Dr Lesley Walker, director of cancer information at Cancer Research UK.

The findings of the research suggested that the molecule could be developed as a test in order to detect pre-cancerous changes in liver cells, which may perhaps assist someday in monitoring people who are at risk.