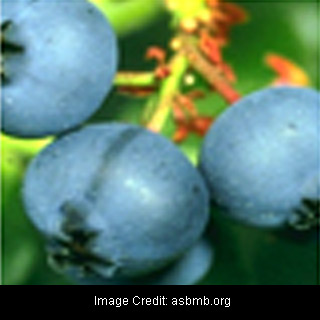 A chemical found in blueberry leaves seems to have revealed a strong effect in blocking the duplication of the Hepatitis C virus (HCV). Apparently, this opens up a novel possibility for treating chronic HCV infections.

It was estimated that HCV infections could affect 200 million people across the world. In addition, it may perhaps ultimately lead to cirrhosis and liver cancer. At present, there seems to be no vaccine for HCV. It was noted that the Miyazaki state of southern Japan has high occurrence of Hepatitis C. This led researchers from the University of Miyazaki to search for better treatment alternatives.

Evidently, a combination drug procedure could clear HCV infection. However this treatment appears to be approximately 60% effective and may possibly have severe side effects.

Hiroaki Kataoka from the University of Miyazaki along with his colleagues claimed that since HCV seems to be localized inside the liver, it could perhaps take nearly 20 years or more to develop into disease. A dietary supplement was noted to assist in decreasing or stopping the development of the disease.

For this purpose, they screened approximately 300 different agricultural products for possible compounds which curb HCV replication. Furthermore they uncovered a strong candidate inside the leaves of rabbit-eye blueberry. Blueberry is known to be a native of the southeastern US.

Researchers purified the compound and recognized it as proanthocyandin. Proanthocyandin is known to be a polyphenol which is similar to the beneficial chemicals found in grapes and wine. They further noticed that though proanthocyandin could be harmful, its effective concentration against HCV seems to have approximately 100 times less in contrast to the toxic threshold.

Also, similar chemicals seemed to have been found in many edible plants which signify that it could perhaps be safe as a dietary supplement.

Researchers at present are hoping to discover the detailed mechanisms of how this chemical can terminate HCV replication.