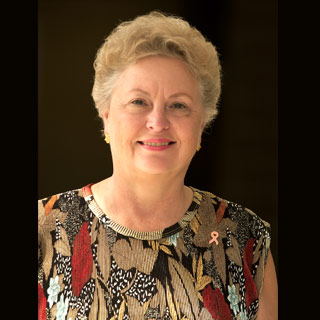 Here some information that may interest women. According to the latest research, the scientists at the Michigan State University have discovered that if the hormone progesterone is exposed then it may activate genes that could supposedly generate inflammation in the mammary gland. This progesterone-induced inflammation may be the chief factor in increasing the threat of breast cancer.

Advancing the development of the normal mammary gland, progesterone is a naturally occurring steroid hormone. Progesterone has apparently earlier been detected as a threat issue for breast cancer. In this study, the MSU scientists checked the genes triggered by progesterone and the consequences of their activation in a mouse model system.

Sandra Haslam, physiology professor and co-author of the paper and director of the Breast Cancer and the Environment Research Center at MSU mentioned “Progesterone turns on a wide array of genes involved in several biological processes, including cell adhesion, cell survival and inflammation. All of these processes may be relevant to the development of breast cancer.”

Apparently the research claims that progesterone considerably adjusts 162 genes in pubertal cells, 104 genes in adult cells and 68 genes at both the development stages. The process of inflammation is controlled by several of these genes which make small proteins known as chemokines.

Inflammation is a process where white blood cells progress into a tissue. During inflammation, when one type of white blood cell moves to the breast, it is a macrophage. Macrophages usually penetrate into growing glands and assist them to develop, building blood vessels and reshaping the growing tissue.

Haslam commented “Macrophages also may promote the development of tumors, such as breast cancer, as they make blood vessels to deliver nutrients and can clear the way for tumors to grow. Long-term exposure to progesterone, such as that which occurs in menopausal hormone therapy, may encourage growth of tumors.”

Microbiology professor Richard Schwartz, a co-author of the paper and associate dean in the College of Natural Science remarked “This study reveals the targets of a specific form of the progesterone receptor, called PRA, in mammary cell development. The linkages identified provide targets for future work in reducing the influence progesterone has on developing breast cancer. Understanding the genes that regulate inflammation in the mammary gland will help us to better understand normal breast growth and also may help us devise better treatments for the abnormal growth in cancer.”

Haslam observed that since the connection between progesterone and the possibility of breast cancer was detected in recent years, women have apparently been more careful and post menopause they have indulging in less hormone therapy. So the rate of breast cancer in older women has supposedly reduced.

This research was published in the journal of Steroid Biochemistry and Molecular Biology.