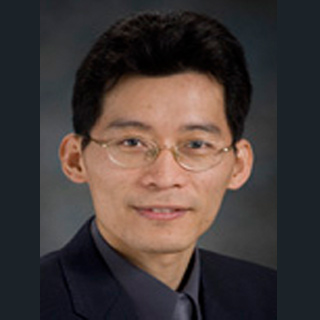 Scientists, everyday seem to be finding new causes for cancer. Well, here is one more apparent cause. A latest research from The University of Texas M. D. Anderson Cancer Center claims that the mainstay immune system protein TRAF6 plays a sudden, key role stimulating a cell signaling molecule that in mutant form is supposedly linked with cancer growth.

The mechanism that they discovered, activates Akt and also contributes to hyperactivation of a mutant form of Akt found in breast, colon and other cancers. This is the opinion of senior researcher Hui-Kuan Lin, Ph.D., assistant professor in M. D. Anderson’s Department of Molecular and Cellular Oncology.

As per Lin, in numerous biological functions, which include cell growth and programmed cell death, Akt is a signaling protein that supposedly plays a fundamental role. Cancer development appears to be contributed by deregulated Akt expression.

Lin commented “Our novel findings are that Akt undergoes ubiquitination to be activated, and that TRAF6 regulates that process. We’ve found that TRAF6 is not just involved in the innate immune response, but plays a role in cell growth and carcinogenesis.”

Ubiquitins are regulatory proteins that supposedly work by strapping to other proteins. As PER Lin, ubiquitination of Akt is not tied to the proteasome while ubiquitins are best known for marking a substandard protein for death by the cell’s proteasome complex. Another set of proteins known as ligases apparently transmit ubiquitins to target proteins.

Lin explained that Akt appear to exist in the cell’s cytoplasm and must be enrolled to the cell membrane in order to be triggered by attachment of phosphate groups to particular locations on the protein. But which mechanism gets Akt to the membrane has not been understood properly.

Lin’s team initiated a chain of cell line experiments that showed Akt is ubiquitinated, and in a way not involving the proteasome, as one type of ubiquitination appears to engage protein movement.

Screening a different class of ubiquitin ligases seem to demonstrate that overexpression of TRAF6 E3 ligase encourages Akt ubiquitination. Following experiments appear to illustrate that Akt ubiquitination is required to move Akt to the cell membrane, and result in Akt’s phosphorylation and activation. The researchers examined a mutant form of Akt caught up in human breast cancer, finding that increased Akt ubiquitination apparently contributes to the hyperactivation of Akt in the mutant cells.

Lin mentioned “We discovered this oncogenic Akt mutant is hyperubiquitinated. If you disrupt its ubiquitination, you deactivate the mutant.

Akt activation is supposedly decreased by depleting TRAF6 in prostate cancer cells. And mice with TRAF6 knocked down developed smaller prostate cancer tumors than those with vigorous TRAF6.

Lin remarked “We believe that TRAF6 is a previously unrecognized oncogene and is a new potential target for treating human cancers.”

Lin and his colleagues are trying to recognize the enzyme that normally turns it off as they have found this Akt activation pathway.

This research was published in the August edition of Science.