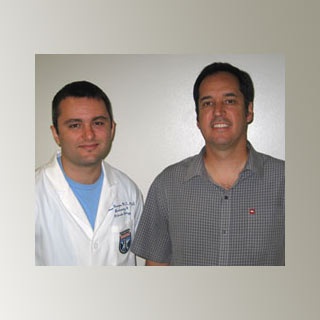 People diagnosed with lung disease that is believed to be any disease or disorder that occurs in the lungs or that causes the lungs to not function adequately may now be relieved to an extent. A recent study could contribute towards a novel approach in the treatment of this supposedly devastating disease. According to biochemists at the University of Texas Health Science Center at Houston, they are the foremost to discover the link between osteopontin (OPN) protein and chronic obstructive pulmonary disease (COPD).

The National Heart Lung and Blood Institute states, that approximately more than 12 million Americans are presently suffering this incurable disease, considered to be the fourth leading cause of death. In the United States, the term COPD includes two main conditions namely emphysema and chronic obstructive bronchitis.

The investigators were able to prevent COPD features in a mouse model by genetically removing osteopontin. In order to magnify their research to humans, these researchers examined the airways of people with COPD and found increased levels of the protein.

“This is an important crossover study,” remarked Michael Blackburn, Ph.D., the study’s senior author and professor in the Department of Biochemistry and Molecular Biology at The University of Texas Medical School at Houston. “Because we can show osteopontin is elevated in people with COPD, this suggests that osteopontin could serve as both an indicator of disease progression and a therapeutic target.”

In the research, investigators effectuated COPD features in mice and then distinguished the symptoms experienced by the mice with osteopontin and those without. It was observed that mice without the protein had considerably less inflammation and lung disease.

“The lack of osteopontin in the mice prevented the COPD features,” stated Daniel Schneider, the study’s lead author and an M.D/Ph.D. candidate at the UT Health Science Center at Houston.

“This paper reveals exciting new information on the pathogenetic mechanisms involved in the development of chronic obstructive pulmonary disease and emphysema,” stated Richard J. Castriotta, M.D., professor and director of the Pulmonary, Critical Care and Sleep Medicine Division at the UT Medical School at Houston and medical director of the Sleep Disorder Center at Memorial Hermann Texas Medical Center.

This entire study originates from research in Blackburn’s laboratory which involved a signaling molecule known as adenosine. The molecule can apparently help in instigating the process of inflammation in wound healing. Besides, adenosine can also activate a cell surface receptor pertaining to COPD called A2B and generate osteopontin.

Blackburn’s decade-long study has concentrated on restraining the A2B receptor. With the latest evidence adjoining osteopontin with COPD, Blackburn believes his laboratory may have failed to cover a protein that could lead to a more organized and targeted approach to treating emphysema.

The study is titled ‘Adenosine and osteopontin contribute to the development of chronic obstructive pulmonary disease.’ It appears online and will be available in the January 2010 print issue of The FASEB Journal, the journal of The Federation of American Societies for Experimental Biology.