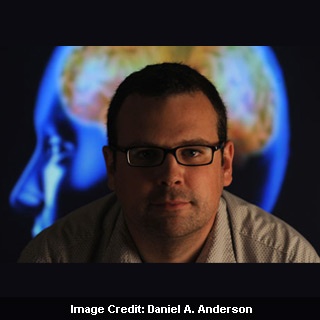 Previous study has claimed that it may soon be possible to learn how to hold back specific memories which we do not wish to remember. Now according to a novel study led by UC Irvine neuroscientists, memory exists but we simply seem to be incapable of retrieving it. Many a times we can’t remember a person’s name whom we’ve met before or we cant’ recall where we’ve met them.

With the help of advanced brain imaging techniques, the scientists discovered that a person’s brain activity while remembering an event appears to be very similar to when it was first experienced. However, a person may not be able to recollect the details.

Lead author of the study, Jeff Johnson, postdoctoral expert at UCI’s Center for the Neurobiology of Learning and Memory says “If the details are still there, hopefully we can find a way to access them. By understanding how this works in young, healthy adults, we can potentially gain insight into situations where our memories fail more noticeably, such as when we get older. It also might shed light on the fate of vivid memories of traumatic events that we may want to forget.”

For the purpose of the study, scientists were noted to have worked in collaboration with scientists at Princeton University, Johnson and colleague Michael Rugg, CNLM director. In order to study the brain activity of students, they were believed to have used functional magnetic resonance imaging (fMRI).

During the analysis, the students were placed inside an fMRI scanner and were shown words and asked to carry out various tasks. The tasks were observed to range from imagining how an artist would perhaps draw the object named by the word, to think about how the object is used, or pronounce the word backward in their minds. The scanner was noted to have captured images of their brain activity during these activities.

Approximately 20 minutes later, the students viewed the words a second time. Also, they were asked to keep in mind every detail connected to them. Yet again, brain activity was recorded.

Johnson further stated that, “The pattern analyzer could accurately identify tasks based on the patterns generated, regardless of whether the subject remembered specific details. This tells us the brain knew something about what had occurred, even though the subject was not aware of the information.”

In order to obtain the findings, the scientists utilized a mathematical method called pattern analysis. They seem to have associated the different tasks with distinctive patterns of brain activity.

The findings revealed that when a student had a strong recollection of a word from a particular task, the pattern seemed to be extremely similar to the one created during the task. Furthermore, when recollection was weak or absent, the pattern appeared to have been not as prominent to the one generated during the task. However, it was believed to be still recognizable to belonging to that particular task.

The findings of the study will be published in the journal Neuron.