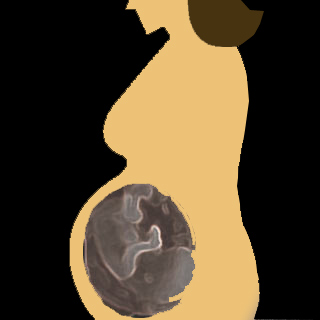 Scientists from Baylor College of Medicine recently claimed that a high fat diet during pregnancy not only leads to offspring with fatty livers, but actually seems to change the small molecules which control metabolism.

For the purpose of the study, Dr. Kjersti Aagaard-Tillery along with her colleagues analyzed blood from the mothers and offspring with the help of gas chromatography mass spectrometry-based metabolomics. Her colleagues were noted to be from the University of Utah Health Sciences in Salt Lake and the Oregon National Primate Research Center in Beaverton.

Dr. Kjersti Aagaard-Tillery, assistant professor of obstetrics and gynecology at BCM says that, “We had previously shown that the offspring of animals fed a high fat diet develop the fatty liver disease frequently found in obese humans. We have been able to link these findings to significant epigenetic changes in the chromatin structure in the liver of these same offspring.”

Aagaard-Tillery further said that, “Those different combinations allowed us to tease out which metabolites mirror obesity and which mirror a high-fat diet. Understanding this will help us direct our research to those pathways that, at the end of the line, we know are different by virtue of the mom’s obesity versus her fat intake.”

The findings revealed that the measuring techniques seemed to have allowed the experts to recognize very subtle differences in the metabolic footprint. Supposedly, footprint includes approximately 1,300 chromatographic features.

For instance, they found that while one isomer or form of a chemical called 3-hydroxybutyrate appears to have been considerably upregulated in offspring of animals which received a high fat diet, its close isomeric cousin 2-hydroxybutyrate seems to have been downregulated. Such slight differences in the metabolic footprint appear essential to resolve.

The chemical 3-hydroxybutyrate could possibly indicate disrupted energy metabolism and may serve as a substrate or basis for production of fat inside the liver. In the mothers on the high fat diet, 3-hyroxybutyrate level in the fetus was estimated to be 2.3 times greater as compared to the mothers on the control or normal diet.

However, when the obese mothers were put on a control diet, their offspring’s 3-hyroxybutyrate levels were noted to be still higher in contrast to those of the control group. Additionally, it was observed that their liver triglyceride levels were only slightly higher.

“The difference is that the mother is obese. This suggests that the there is an effect of the mother being obese exclusive of the high fat diet in some metabolites, such as 3-hydroxybutyrate, which does not always parlay into higher triglycerides nor non alcoholic fatty liver disease,” elucidates Aagaard-Tillery.

Some of the findings were astonishing and Aagaard-Tillery anticipates to find out what they mean in determining the composition behind their observations on an increased risk for developing obesity later in life. For example, the authors hoped to find high cholesterol in the mothers on the high fat diet, and they did, however their offspring seemed to have lower cholesterol levels at the time of delivery.

“That fits with our cholesterol findings. Since antioxidant and inflammatory pathways are upregulated in conditions of obesity,” says Aagaard-Tillery.

This takes place perhaps because the fat appears to be appropriate in the fatty livers and placentas of these offspring as per the study experts. Similarly, they found that while alpha tocopherol seems to have been high in the mothers, it was lower in their offspring. Alpha tocopherol is known to be a chemical related to vitamin E.

The findings of the study have been published in the American journal of Obstetrics and Gynecology.