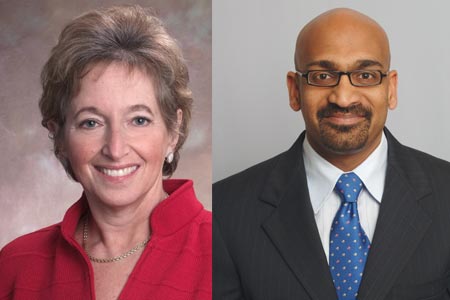 Colorectal cancer is also known as colon cancer or large bowel cancer. It includes cancerous growths in the colon, rectum and appendix. Colorectal cancer screening rates are apparently much lower among those in a safety net health system as opposed to the national average. And the number one predictor of screening is supposedly a combination of standard visits and insurance access.

Colorectal cancer is claimed to be the second principal cause of cancer death in the United States behind lung cancer. Almost 50,000 Americans may die from colorectal cancer this year. Even though scientists could have conflicting outlooks on the best technique, the advantages of early screening supposedly cannot be contested as cancers detected in the beginning may be easier to manage and treat.

About 61 percent is the nationwide rate of colorectal cancer reveal experts. People who did not receive the screening are mostly blacks, Hispanics and those without insurance. It was seen that the screening rate was only 22 percent among people who were supposedly provided by a safety net health system in Texas.

Samir Gupta, M.D., assistant professor in the Department of Internal Medicine at the University of Texas Southwestern Medical Center, commented, “Of our patients who did get screened, they either had insurance or saw their doctor regularly. Once you controlled for those variables, the screening rate was essentially zero.”

The data for the study was collected by Gupta and his colleagues, from the Tarrant County Hospital District John Peter Smith Hospital Health Network, a safety net health system. The system supposedly provides 155,000 individuals a year in Tarrant County, Texas, a geographic region that apparently includes Fort Worth, and is claimed to be dedicated to conveying health care to the uninsured, Medicaid and other susceptible patients.

Gupta and his colleagues, via their electronic administrative records, claimed to recognize about 20,416 patients who were between 54 and 75 years old and were said to be qualified for colorectal cancer screening. The center age of these patients was apparently 60 years and roughly 60 percent of them were women. Around 15 percent of the people were very poor and the average household income was about $35,419. The bulk of the patients were apparently either black or Hispanic. Almost 20 percent claimed a main language other than English.

Although around 40 percent were supposedly categorized as having health insurance, including those on Medicare and Medicaid, another 40 percent only had medical treatment through their involvement to the safety net system. Around 20 percent apparently were without insurance.

Karen Glanz, Ph.D., M.P.H., professor of medicine and nursing at the University of Pennsylvania and an editorial board member of Cancer Epidemiology, Biomarkers & Prevention, stated that this study may document a significant matter in a definite population.

Glanz mentioned, “The idea that colorectal cancer screening rates are too low is not a new idea, but this is one of the first to document it in a specific population. Access to care clearly has consequences, and any talk of health care reform needs to address proven prevention measures like screening.”

Gupta explained that a national model already exists for successful screening. Low income, uninsured and under-served women may get breast and cervical cancer screening through the Centers for Disease Control’s National Breast and Cervical Cancer Early Detection Program. But Gupta said such an approach is far too disease-specific.

Gupta remarked that theoretically, the same model could be applied to colorectal cancer, but the question was if we wanted to keep passing legislation for programs that target specific types of cancer, or could we provide more broad access to health care so we can make a serious and coordinated effort at prevention.

This study was published in Cancer Epidemiology, Biomarkers & Prevention, which is a journal of the American Association for Cancer Research.

fMRI probably anticipates outcome of talk therapy in kids with an...