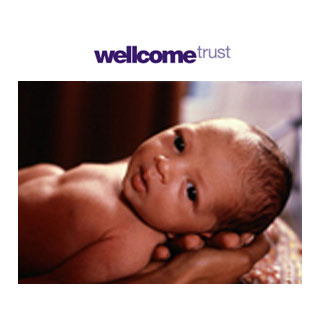 A new research being conducted by a team of scientists from several UK and other international centers has discovered two genetic regions that influence birth weight. Of these two regions, one deals with type 2 diabetes, and helps to understand the reason as to why babies may be prone to diabetes in later life.

The research claims to have the first robust evidence that a well-known link between lower birth weight and vulnerability to type 2 diabetes share a genetic component. For the research, over 38,000 Europeans from 19 different studies involving pregnancy and birth were analyzed. Two genetic variants demonstrated strong association with birth weight. One of the variants in the gene called, ADCY5 seems to share a link with type 2 diabetes.

The findings indicate that individuals who are endowed with two risk copies of this variant, have 25% greater chances of procuring diabetes in adulthood in comparison to those who inherit two non-risk copies. It appears that they weigh less during birth as well. This result is considered important enough as it has long been assumed that low birth weight babies are more at risk of inheriting type 2 diabetes. However, the reason behind this assumption has always been in the dark.

Research conducted earlier had focused on the role of the environment created in the womb. It is presumed by certain scientists that the mother’s nutrition can impact the baby’s growth and the risk of type 2 diabetes later in life, a process defined as ‘programming’. Despite this, some researchers claim that genes are of equal importance.

Dr Rachel Freathy, a Sir Henry Wellcome Postdoctoral Fellow at the Peninsula Medical School, Exeter, explains that, “Our study shows that genes are part of the reason why babies born with a lower birth weight are more at risk of type 2 diabetes 50 or 60 years later. It is now important for us to establish how much of the association is due to our genes and how much is due to the environment because this will inform how we target efforts to prevent the disease.”

The effect of the two identified gene regions together can be quite generous. It was discovered that 9 percent of Europeans receive two copies of the genetic variant in each region, and are lighter by 113 grams at birth in comparison with the 24 percent that inherit one or no copy. This effect corresponds to birth weight reduction due to the smoking of four to five cigarettes a day by mothers during pregnancy.

Senior scientist Mark McCarthy from the University of Oxford comments that, “It was a surprise to see such strong genetic effects for a characteristic, such as birth weight, which is subject to powerful influences from so many environmental factors. These discoveries provide important clues to the mechanisms responsible for the control of growth in early life and may lead us to a better understanding of how to manage growth problems during pregnancy.”

Marjo-Riitta Jarvelin, Paediatrician and Professor in Lifecourse Epidemiology at Imperial College London, remarked that, “We have, for nearly two decades, tried to discover the factors which may explain why smaller fetal size associates with so many later life chronic conditions such as heart disease. We have known for a long time that fetal growth is genetically influenced on the basis of family and other population studies but the question has been where these markers are hiding?”

He goes on to say that, “I believe that our genetic landmark discoveries will give us opportunity to answer these puzzling questions in the near future.”

With the help of such research scientists have been able to gauge that fetal growth apart from genes, is influenced by several other environmental factors as well. They have also found that certain fetuses are more vulnerable than others.

This research was published in ‘Nature Genetics’.