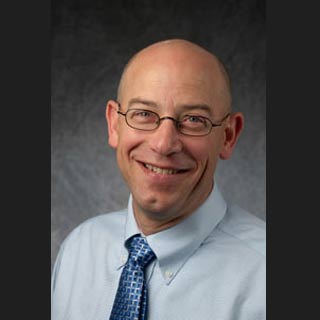 Exposure to second-hand smoke and radon gas are believed to play significant parts in causing the disease in never-smokers. One of the principal causes of these cancers among the U.S. population is said to be radon, which apparently leaks into the houses from naturally occurring uranium in soil. But, at the same time, around half of never-smokers with lung cancer cannot be explained by known risk factors which may be recognized in the guide, and may also include asbestos, indoor wood-burning stoves, and aerosolized oils caused by cooking. In the US, lung cancer in never-smokers is believed to be the sixth-leading cause of cancer-related deaths.

“It is becoming increasingly clear that the genetic, cellular, and molecular nature of lung cancer in many never-smokers is different from that of smoking-related lung cancers, and there is good evidence now that the best treatment and prevention strategies for never-smokers may be different as well,” commented Charles M. Rudin, M.D., Ph.D., associate director for clinical research at the Johns Hopkins Kimmel Cancer Center.

The committee analyzed existing proof from numerous researches which were apparently published by researchers in public health, epidemiology, molecular biology, pathology and oncology to supposedly recognize idiosyncratic characteristics of never-smokers with lung cancer. Among the guide’s recommendations, one suggestion was to call on organizers of lung cancer clinical trials to categorize subjects by their smoking status and assess the result accordingly. Committee members proposed that never-smokers should be always described as people who have apparently not smoked more than 100 cigarettes in their lifetime.

EGFR may usually encourage cell growth and development, and when transformed, apparently enables unrestrained development of cells which is said to be the trademark of cancer.

Rudin added, “There are other examples of success in specifically targeting genetic changes in never-smokers with lung cancer, such as treatments of tumors with alterations in the EML4-ALK gene, and a genomewide association study exclusively on this population could tell us more.”

Committee participant William Pao, M.D., associate professor at the Vanderbilt-Ingram Cancer Center in Nashville, TN, has supposedly verified a depository of tissue specimen samples from non-smokers with lung cancer as a first step in such a research.

According to the researchers, lung cancer in never-smokers may generally be present at an advanced stage with non-specific symptoms such as cough and chest pain. Rudin believes that it is often wrongly treated as a respiratory illness with antibiotics and asthma medications. Since they do not have any smoking history, lung cancer is apparently not suspected by the doctors.

Jonathan Samet, M.D., professor and Flora L. Thornton Chair of the Department of Preventive Medicine at the University of Southern California and formerly of the Johns Hopkins Bloomberg School of Public Health, mentioned, “Besides second-hand smoke and radon exposure, we still have a gap of knowledge in explaining the causes of lung cancer in never-smokers.”

In the United States, lung cancer in non smokers may constitute to about 10 to 15 percent. This is as per the guide which amounts to about 20,000 Americans yearly. For any type of lung cancer, the survival rate is believed to be poor. Rudin believes that lung cancer in never-smokers is apparently inclined to transpire more frequently in women and in certain population in East Asia. This may be the outcome of women’s increased exposure to indoor pollutants which have apparently been caused by cooking oils and wood-burning stoves.

The researchers also advised a closer look at genetic trends in populations with early-age beginning of the disease.

This research was published in the issue of Clinical Cancer Research.