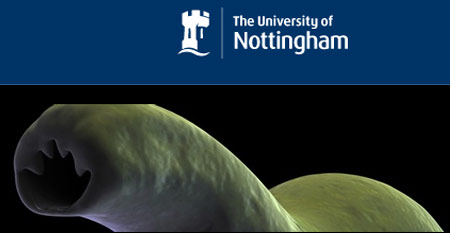 A study which was performed in Vietnam has apparently added extra weight to the observation that parasitic gut worms like hookworm may aid in the prevention and treatment of asthma and other allergies. This study was headed by Dr Carsten Flohr, a Clinical Scientist from the University of Nottingham, and Dr Luc Nguyen Tuyen from the Khanh Hoa Provincial Health Service in central Vietnam. This study is said to be the biggest double-blind placebo controlled clinical trial to date looking at the possible relations between hookworm and other gut worm infections and allergic conditions like asthma and eczema.

Thanks to better hygiene practices, parasitic worms have almost been wiped out among human populations living in developed countries. However, experts consider that over millions of years of co-evolution, worms have apparently developed techniques to reduce down host immune responses to extend their own survival within humans. This relationship appears to have become so tangled that without gut worms or other parasites, the immune system may become disturbed, which in turn could add to the development of asthma and other allergies. But, it is also imperative to keep in mind that gut parasites may cause severe disease and are said to be a major cause of iron-deficiency anaemia in developing countries.

Dr Flohr’s study was performed in a rural area of central Vietnam where supposedly two out of three children have hookworm and other gut parasite infections and where allergies are said to be very uncommon. Approximately more than 1,500 schoolchildren aged 6-17 participated in the study.

The team examined whether recurring tablet treatments to clear the body of gut worms made it more probable for children to develop allergic conditions. While the treatment apparently did not exhibit an effect on asthma or eczema, the treated children supposedly had a considerably amplified danger of having a positive allergy skin test to house-dust mites and cockroach. This apparently proposes that gut worms could have the likelihood to tone down human immune responses and so additional study may now be required to spot accurately how gut worm infection may avert allergic sensitization.

Dr Carsten Flohr of The University of Nottingham, commented, “The next step is to understand exactly how and when gut parasites program the human immune system in a way that protects against allergic sensitization, and for such studies, follow-up from birth will be essential.”

It was seen that about 80 per cent of people with asthma may also have allergies to house-dust mites and other environmental allergens.

Further study in this region could assist the formation of new treatments that apparently function in the same manner as gut parasites, by dampening down or re-balancing the immune system so that the body does not react to allergens and elicit asthma attacks.

More drinking in less time in bar caused due to loud...