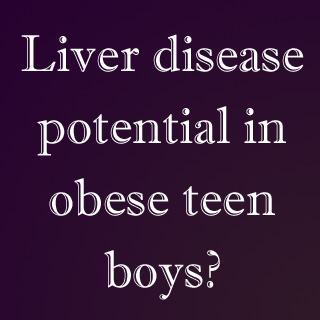 An essential finding has been discovered by experts from The Children’s Hospital of Philadelphia. They were noted to be examining a large sample of adolescent American boys where they discovered an association between metabolic syndrome and elevated liver enzymes. Supposedly, this may in turn lead to serious liver disease. Also, metabolic syndrome is known to be a complication of obesity.

The purpose of the present study was to investigate to what degree metabolic syndrome in adolescents seems to be linked to elevated levels of the liver enzyme alanine aminotransferase (ALT), a marker of NAFLD. It was observed that metabolic syndrome is of concern as a risk factor for heart disease and type 2 diabetes. It was estimated to occur in nearly 22 percent of US adults and about 4 percent of US adolescents.

Furthermore, metabolic syndrome appears to be defined by insulin resistance, increased waist circumference, high blood pressure, and abnormal measures of high density lipoprotein (‘good cholesterol’) and triglycerides inside the blood. Allegedly, the criteria are alike for pediatric metabolic syndrome, though there is some dispute over details of the definition.

Study lead author, Rose C. Graham, M.D., a pediatric gastroenterologist at The Children’s Hospital of Philadelphia claimed that however, the link between metabolic syndrome and the suspected liver disease fail to appear in adolescent girls. She further stated that there may perhaps be ethnic differences among the boys as well, Hispanic and non-Hispanic males.

Experts found an association between metabolic syndrome and a group of diseases called nonalcoholic fatty liver disease (NAFLD) in adults. NAFLD in its most severe form is believed to cause permanent liver damage. For the purpose of the study, Graham along with his colleagues examined a nationwide representative sample of approximately1, 323 US adolescents from the National Health and Nutrition Examination Survey. These adolescents were noted to be in the age group of 12 to 19. The findings of the study revealed a strong association between metabolic syndrome and elevated ALT levels in adolescent males. However it was not seen in adolescent females.

Experts further carefully analyzed at this association in boys, where they found that among Hispanic males, this association mainly coincided with being over-weight, as measured by body mass index.

Experts were expected to find this correlation, because for all ethnicities, obesity appears to be already recognized as a risk factor for both metabolic syndrome and NAFLD. However, they also found that among non-Hispanic adolescent boys, metabolic syndrome and high ALT levels seems to be associated with each other, free of obesity.

“Something else seems to be going on, in addition to the effects of obesity. Some unknown factors may be at work here,” says Graham.

“If some adolescents with metabolic syndrome may be susceptible to this liver disease regardless of whether or not they are obese, there may be other treatments yet to be discovered,” explains Graham.

Graham continued saying that, “Our findings suggest that NAFLD in adolescents merits closer attention, and its treatment may require more than just weight loss.”

Graham was of the opinion that the finding may possibly have implications for treatment. At present, the only identified treatment for NAFLD seems to be weight loss. It was observed that NAFLD is more and more being known among overweight teenagers.

The findings of the study have been published in the Journal of Pediatric Gastroenterology and Nutrition.