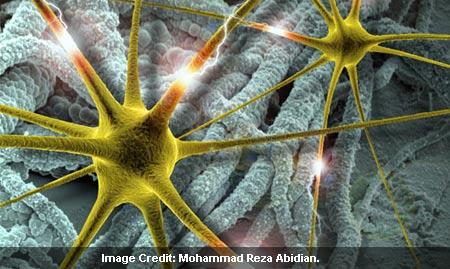 It is indeed astounding to note as to how technology is enhanced every minute. Brain implants, are technological devices that may join directly to the person’s brain. This could be used after an individual’s brain becomes dysfunctional after a stroke or other head injuries.

Now technology has moved one step further and a brain implant has apparently been created which could more clearly record signals from surrounding neurons in rats. This device was formed at the University of Michigan. The findings could ultimately result in a more effectual treatment for neurological disorders like Parkinson’s disease and paralysis.

Neural electrodes ought to function in time periods ranging from hours to years. When the electrodes are fixed, the brain may first respond to the severe injury with an inflammatory reaction. Then the brain apparently settles into a wound-healing, or chronic, reaction. It may be during this secondary response that the brain tissue may begin to encapsulate the electrode, isolating it from interacting with surrounding neurons.

The new brain implants developed at U-M are encrusted with nanotubes made of poly(3,4-ethylenedioxythiophene) (PEDOT), which is said to be a biocompatible and electrically conductive polymer. It has apparently been shown to record neural signals in a better way as compared to usual metal electrodes.

It was discovered by the U-M researchers that PEDOT nanotubes, apparently improved high-quality unit activity around 30 percent more as opposed to the uncoated sites. Their signal to noise ratio was supposedly greater than four. It was also found that based on in vivo impedance data, PEDOT nanotubes might be used as a fresh technique for biosensing to signify the shift between acute and chronic responses in the brain tissue.

Mohammad Reza Abidian, a post-doctoral researcher working with Professor Daryl Kipke in the Neural Engineering Laboratory at the U-M Department of Biomedical Engineering, commented, “Microelectrodes implanted in the brain are increasingly being used to treat neurological disorders. Moreover, these electrodes enable neuroprosthetic devices, which hold the promise to return functionality to individuals with spinal cord injuries and neurodegenerative diseases. However, robust and reliable chronic application of neural electrodes remains a challenge.”

In the experiment, the researchers apparently fixed two neural microelectrodes in the brains of three rats. PEDOT nanotubes were made-up on the surface of every other recording site via a nanofiber templating technique. During 7 weeks, researchers observed the electrical impedance of the recording sites and supposedly gauged the quality of recording signals.

PEDOT nanotubes in the coating apparently facilitate the electrodes to function with less electrical resistance as compared to present metal electrode sites, which means they could converse more clearly with individual neurons.

Abidian mentioned, “Conducting polymers are biocompatible and have both electronic and ionic conductivity. Therefore, these materials are good candidates for biomedical applications such as neural interfaces, biosensors and drug delivery systems.”

Abidian mentioned, “This study paves the way for smart recording electrodes that can deliver drugs to alleviate the immune response of encapsulation.”

In earlier experiments, Abidian and his colleagues had demonstrated that PEDOT nanotubes could carry drugs with them to avert encapsulation.

The findings are published in the journal Advanced Materials.