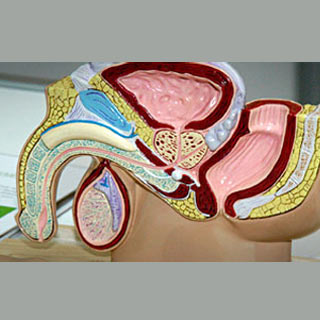 In Canada, one out of seven men could possibly contract the disease and one out of 27 might die. Erectile dysfunctions seem to occur after surgery because the erectile nerves are very close to the prostate. Moreover, if the prostrate is removed, it may perhaps damage those nerves.

Dr. Paul Perrotte, a professor at the Université de Montréal Department of Surgery uro-oncologist at the Université de Montréal’s Hospital Center, says “Prostate cancer is a silent killer because there are no symptoms in the first phase of its progression. This cancer can lead to urination problems, but by then it’s quite advanced. The only way to diagnose it is by having annual screenings, which is recommended to all men over 50.”

It was noted that when surgery causes erectile dysfunction, approximately 50 percent of men completely recover in nearly three to 18 months. However, the damage appears to be permanent in about 30 to 50 percent of cases depending on the severity of nerve injury.

Dr. Perrotte claims that erectile dysfunctions can be treated with medicines such as Viagra, Cialis and Levitro. Apparently, some situations are more complicated and require a penile prosthesis, penile injections or even pumps. He stresses that other health problems could possibly lead to erectile dysfunction. For instance, nearly 40 percent of cases seemed to be caused by diabetes and about 30 percent result from atherosclerosis.

According to Danielle Daunais, a nutritionist at the CHUM Department of Radio-Oncology, the best medicine is generally prevention such as healthy eating.

“Lycopene, mostly found in tomatoes, is the principal antioxidant affecting the prostate. Selenium, a trace element nutrient found in Brazil nuts, should also be on the menu,” says Daunais.

Vitamin E which can be obtained from almonds, sweet potatoes, avocados and vitamin D that can be acquired from fish, milk, and sun both seem to block the growth of cancerous cells. Supposedly, other vegetables rich in antioxidants include cabbage as well as broccoli and cauliflower, garlic, onion, leek, blueberries and cranberries.

However, if these foods seem to be costly then there’s nothing like ejaculation. Studies have shown that ejaculation appears to protect the prostate from cancer.