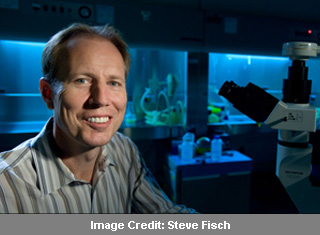 There can be a horde of reasons as to why the brain acts the way it does. Researchers at Stanford School of Medicine have stumbled upon substances in the blood of old mice that apparently make young brains behave like seniors. These substances supposedly rise in proportion with growing age and seem to impede the brain’s ability to create new nerve cells crucial for memory and learning.

It was initially thought that the adult human brain does not produce new nerve cells. However, it has now been revealed that brains of mammalians inclusive of humans and mice appear to produce such cells all along adulthood. One such region is the dentate gyrus where new cells are formed.

“The findings raise the question of whether it might be possible to shield the brain from aging by eliminating or mitigating the effects of these apparently detrimental blood-borne substances, or perhaps by identifying other blood-borne substances that exert rejuvenating effects on the brain but whose levels decline with age,” commented associate professor of neurology and neurological sciences Tony Wyss-Coray, PhD, the study senior author.

As part of the study, the researchers connected the circulatory systems of pairs of old and young mice through an operation to blend the blood of both the mice. By this setting they could see the influences of the blood of old mice on the younger mice’s brain and this effect was possible the other way round too. This amalgamation of young and old blood seemed to produce alterations in brains of both the sets of mice. Precisely, the older mice in these pairs created more new nerve cells in their dentate gyrus than individual aged mice did. It came to light that the number of nerve cells being produced in the old mice experiencing this younger surrounding apparently rose three times in count. Contrarily, the young participants in the pairs seemingly presented lesser new nerve cells in the dentate gyrus as compared to young mice not linked to seniors.

The researchers then wished to locate the substance in blood that was producing this effect. Also plasma, which is the cell-free fraction of blood had certain influences if the pairs were linked. With a view to identify particular variables related to aging and tissue degeneration or regeneration, the team examined 66 distinct immune-signaling proteins that were present in mice’s blood. It was found that 6 of these factors seemingly increased in individual old mice as well as young mice paired with older ones.

One such protein unraveled by the team was eotaxin, which seems to attract specific immune cells to portions where it has been released by other kinds of cells. Outlining this discovery, the team undertook tests on blood and cerebrospinal fluid of healthy persons in the age-group 20 and 90. The outcomes showed a parallel age-related rise in eotoxin and in humans it is usually related to allergies and asthma.

Normal young mice that were administered eotaxin seemed to generate less number of new nerve cells in their dentate gyrus. Even those that received plasma from old mice and those whose circulatory systems were tied up with old mice showed a similar effect. This influence can be opposed by injecting another substance that creates a barrier for eotaxin’s responses. The latter apparently harmed performance on spatial-memory tests too.

Some other blood-borne variables possibly play a prominent role in aging-related declines in cognitive function. One of the six substances recognized in the protein screen were MCP-1 which is a chemical, found in humans and mice, that attracts macrophages. The team is now testing eotaxin’s plausible contribution in memory loss related to Alzheimer’s disease. They are also developing blood-protein assays to locate rejuvenating factors in blood that may be helpful in treating dementia and delaying the aging process in elder brains.

The research will be published in the September 1 issue of Nature.