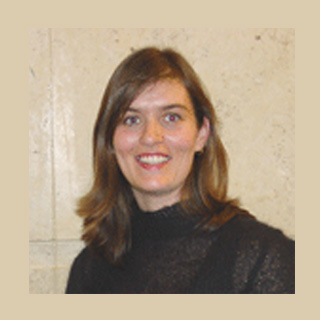 A latest study by University of North Carolina at Chapel Hill and Duke University Medical Center claims that children can learn to use their imagination in order to reduce stomach pain.

This study revealed that children with functional abdominal pain who used audio recordings of guided imagery at home along with standard medical treatment seemed to be nearly three times as likely to improve their pain problem in contrast to children who received only standard treatment. Moreover, these benefits appear to have been maintained for approximately six months after treatment finished.

Lead author of the study, Miranda van Tilburg, Ph.D., assistant professor in the Division of Gastroenterology and Hepatology in the UNC School of Medicine and a member of the UNC Center for Functional GI & Motility Disorders, says, “What is especially exciting about our study is that children can clearly reduce their abdominal pain a lot on their own with guidance from audio recordings, and they get much better results that way than from medical care alone.”

Tilburg further continued, “Such self-administered treatment is, of course, very inexpensive and can be used in addition to other treatments, which potentially opens the door for easily enhancing treatment outcomes for a lot of children suffering from frequent stomach aches.”

The study was believed to have focused on functional abdominal pain which is defined as persistent pain with no particular underlying disease which interferes with activities. Apparently, it is very ordinary which affects up to 20 percent of children.

Earlier studies have found that behavioral therapy and guided imagery could be effective, when combined with regular medical care in order to reduce pain and improve quality of life. Guided imagery is known to be a treatment method that is similar to self-hypnosis. However, for many children behavioral therapy appears to be unavailable because it is costly and consumes a lot of time. Additionally, it seems to require a highly trained therapist.

For this study, nearly 34 children were believed to have been recruited to participate by pediatric gastroenterologists at UNC Hospitals and Duke University Medical Center. These children were noted to be between the ages 6 to 15 years and were diagnosed with functional abdominal pain by a physician.

The guided imagery sessions was known to have been jointly developed by van Tilburg, co-investigator Olafur Palsson, Psy.D. and Marsha Turner, the study coordinator. Supposedly, this treatment was recorded on CDs and given to children in order to use them at home.

The treatment was believed to have consisted of a series of four biweekly, 20 minute sessions and shorter 10 minute daily sessions. For instance, in session one, the CD seems to direct children to imagine themselves in scenarios like floating on a cloud and gradually relaxing.

The session then provided therapeutic suggestions and imagery for reducing discomfort. One example is letting a special shiny object melt into their hand and then placing their hand on their belly, spreading warmth and light from the hand inside the tummy to make a protective barrier inside which prevents anything from annoying the belly.

The findings revealed that among kids who had used the CDs, nearly 73 percent reported that their abdominal pain seems to have decreased by half or more by the end of the treatment course as compared with 26.7 percent in the standard medical care group. Supposedly, this increased to 58.3 percent when guided imagery treatment was offered later to the standard medical care group. In both groups combined, these improvements seem to be apparent for six months in 62.5 percent of the children.

The study concluded that guided imagery treatment along with medical care may possibly be superior to standard medical care alone for the treatment of functional abdominal pain. Also, the treatment effects seemed to be constant for over a long period.

The findings of the study have been published in the November 2009 issue of the journal, Pediatrics.