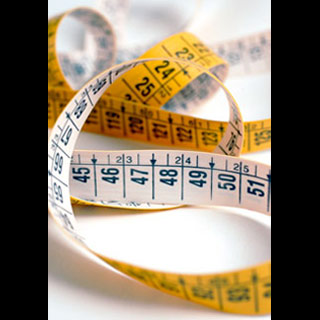 Researchers at Monash University’s Centre for Obesity Research and Education (CORE) are believed to be soon examining the benefits of a gastric banding procedure on overweight people with Type 2 diabetes. Supposedly, this is the first assessment of its kind in the world.

Type 2 diabetes could possibly lead to major problems in many parts of the body. For instance, it may affect the heart, leading to heart attacks, the vascular system leading to inadequate blood to the brain and the legs in particular, the kidneys resulting in kidney failure, the nervous system, leading to many different disabilities and to the eyes resulting to blindness.

Professor Paul O’Brien claimed that up till now gastric banding surgery seems to have been set aside for people who were overweight. Obese people are known to have a Body Mass Index (BMI) rating greater than 30.

“We know the benefits of weight loss in obese patients and we now want to find out if people who are moderately overweight will benefit from weight loss more efficiently and permanently using gastric banding and therefore put their Type 2 diabetes condition into remission,” says lead investigator, Professor Paul O’Brien.

He said that the advantages of gastric banding surgery in the reduction of Type 2 diabetes in obese patients seem to have been established following clinical trials at CORE two years ago. Also, people suffering from diabetes seem to have a decreased life expectancy.

Professor O’Brien further said that, “We cannot assume from that research that the gastric banding procedure would also be the best treatment option for those who are overweight (BMI 25 — 30). There are possible differences in the background drivers of the disease that may be significant and currently we do not offer the gastric banding procedure to people who are not obese.”

Nearly fifty volunteers may perhaps be required in order to participate in the randomised trial. Furthermore, about fifty percent of the participants could be going through gastric banding surgery. Whereas, the other half may perhaps have their Type 2 diabetes monitored and provided with assistance in order to lose weight through diet and exercise.

He further elucidated that, “We do know that the most effective treatment for diabetes is weight reduction. It is a disease that is, to a large extent, caused by excess weight and it can be controlled by weight loss. We have very strong evidence now that the higher your weight, the more likely you are to have diabetes and we suspect that the more weight you lose regardless of whether you were obese or not, the more likely that your diabetes will go into remission.”

Type 2 diabetes is known to be one of the fastest growing diseases within Australia. It was estimated that approximately 275 fresh cases are being diagnosed each day at a yearly cost to the health system in excess of $3 billion.

Professor O’Brien is of the opinion that it is imperative that the community has admission to the best potential clinical information available. Moreover, this trial aims in providing the crucial data for people in order to make a well-versed decision about their weight and management of their Type 2 diabetes.

He further claimed that if they could give that information then people will be able to select the best method for them thereby reducing their weight and putting their diabetes condition into decrease.