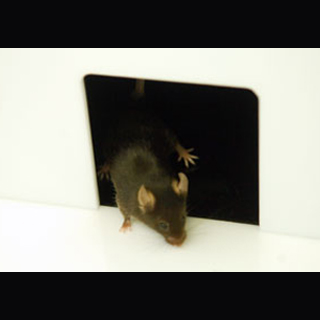 Anyone who has stayed awake all night or flown across an ocean knows how messing up sleep schedule could lead to unpleasant outcomes. A novel research in mice now shows that throwing off natural circadian rhythms over the long term could seriously disturb the body and brain. Supposedly, this in turn can result in weight gain and impulsive behavior. Moreover, it seems to make mice dumber, or at least slower at solving new mazes.

In order to investigate the neurological impact of disrupting circadian rhythms, Ilia Karatsoreos along with his colleagues were believed to have adjusted the hours in which mice were exposed to light from their natural 24-hour cycle to 20 hours. Those 20 hours were noted to have been divided with 10 hours of light and 10 hours of dark.

“In our modern, industrialized society, the disruption of our individual circadian rhythms has become commonplace, from shift-work and jet lag to the constant presence of electric lighting. These disruptions are not only a nuisance, but can also lead to serious health and safety problems,” elucidates lead researcher, Ilia Karatsoreos, postdoctoral fellow at Rockefeller University and works in Bruce S. McEwen’s Harold and Margaret Milliken Hatch Laboratory of Neuroendocrinology.

They discovered that after six to eight weeks of these shortened days, these mice seem to have begun acting differently in contrast to their peers in a control group. Additionally, they were noted to have shown several physiological differences. Though they were not more active than the control mice, the disrupted mice appeared to be impulsive. Impulsive was known to be a behavior calculated in part by how long they waited to come out into the light from a dark compartment in a cage.

Also, they seemed to be slower in trying to figure out changes made to a water maze they had mastered, thereby suggesting decreased mental flexibility. Physically, their body temperature cycles were observed to have been disorganized when compared to their peers. Furthermore, the levels of hormones related to metabolism, such as leptin, which regulates appetite, and insulin, may possibly have risen. As a result the mice were noted to have gained weight although they were fed the same diet like the controls.

Karatsoreos claimed that these changes may possibly assist in explaining some of the behavioral effects of circadian disruptions and these implications for humans appear to be noteworthy.

The findings of the research have been presented at Neuroscience 2009, the Society for Neuroscience’s annual meeting in Chicago.